POLITICS NIGERIA learnt that the attackers also killed two police constabularies who were on duty, identified simply as Ifeanyi and Iyke. 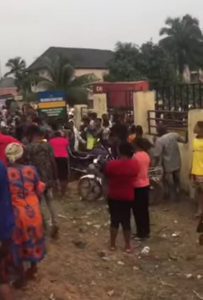 There has been a spike in recent months in the waves of insecurity in many parts of the five states that made up the South East. This has been epitomised by the spate of killings, arson, and other forms of violent criminal activities in the region.

The government has blamed the Nnamdi Kanu-led Indigenous People of Biafra (IPOB), proscribed group, for the unsavory security situation in the region, but the organisation has always denied being responsible.