POLITICS NIGERIA learnt that before his gruesome murder, Chief Ochekwu who since 2014 was on self-imposed exiled and resided in Ugbokpo town, the Apa LG headquarters, over a prolonged chieftaincy dispute in his community was recently reinstated to his position. He had been suspended from office by the state government (in 2020) following a protracted crisis in his domain.

The death of the royal father was confirmed in a statement on Saturday by the State Police Command in Makurdi, sighted by this newspaper. The release stated that Ochekwu was shot at his residence where he had been living on self-imposed exile in Ugbokpo. 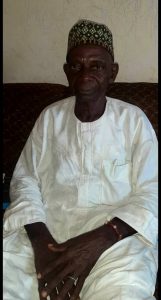 According to the Command’s Public Relations Officer (PRO), DSP Catherine Anene: “On December 31, 2021, at about 12:45 am information was received that Chief Stephen Ada Ochekwu of Ukpogo Edikwu village, Apa LGA of Benue State, but resident in Ugbokpo town and a Chief of Edikwu community who was suspended and recently reinstated by Benue state government over a Chieftaincy crisis in his community was shot on his stomach in his house by unknown persons while asleep.

“The victim was rushed to a nearby hospital before being transferred to Otukpo town for further medical attention.

“He eventually died at the hospital as a result of the gunshot injury. Investigation into the matter is in progress.”