Aminu Darma, a former Special Assistant (SA) on new media to Governor Aminu Bello Masari of Katsina State, was on Thursday afternoon attacked and shot by some unknown gunmen.

POLITICS NIGERIA reports that the attack occurred in Katsina city, near the steel rolling roundabout, at about 1:55 pm. 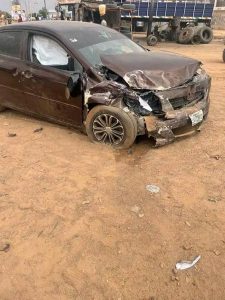 The attackers shot and carted away some of his valuables. His vehicle was also damaged in the process.

This newspaper learned that the victim is currently receiving medical attention at an undisclosed hospital.

The gale of insecurity in Nigeria has become something of grave concern to all well-meaning citizens most of who continue to wonder how the country arrived at such an awkward situation where no one is safe; and worse still, rather than abate, the problem is escalating and seemingly out of control.

From the northwest to the northeast to the southeast, almost all regions are affected.