Governor Nasir El-Rufai of Kaduna State on Thursday said he is fully with Asiwaju Bola Ahmed Tinubu, National Leader of the ruling All Progressives Congress (APC) who is eyeing the presidency in 2023.

A former Governor of Borno State, Kashim Shettima; former chairman of the Economic and Financial Crimes Commission (EFCC), Nuhu Ribadu; and other dignitaries canvassed support for Tinubu from delegates. 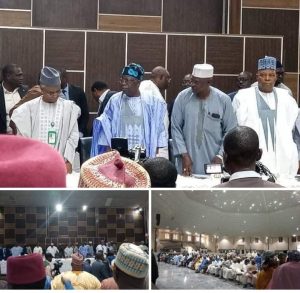 Tinubu is contesting against more than 10 others for the APC presidential ticket.