Senator Shehu Sani has visited Ex-AAC presidential candidate and Sahara Reporters Publisher, Omoyele Sowore in an unnamed hospital in Abuja where he is currently recuperating from an injury.

POLITICS NIGERIA earlier reported that Sowore was shot by a police officer during a protest at Unity Fountain on Monday morning.

Sani disclosed that the fiery journalist was in high spirits, adding that he advised him(Sowore) to come along with his ‘juju’ priest anytime he holds another protest.

“I just visited Comrade @YeleSowore at the Hospital where he is undergoing treatment.He is stable and in high spirit.On the lighter side,I advised him to bring that Juju man to the venue of the next protest.”

It will be recalled that Sowore made headlines a few months ago when he stormed the premises of the Abuja high court with a Voodoo priest for a hearing. 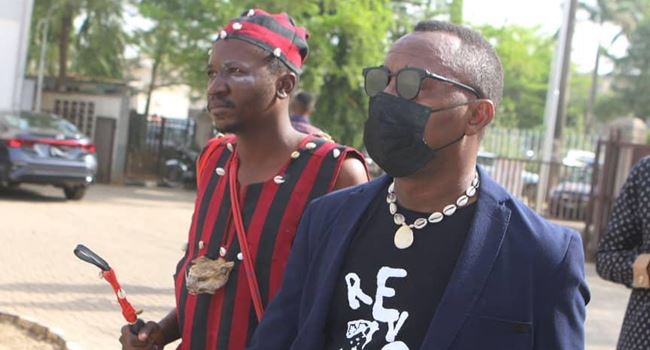