President Muhammadu Buhari, his vice, Yemi Osinbajo; Lagos State Governor, Babajide Sanwo-Olu, among many other dignitaries have sent in tributes in celebration of the 60th birthday anniversary of the vice-chancellor of University of Lagos (UNILAG), Akoka, Oluwatoyin Ogundipe. 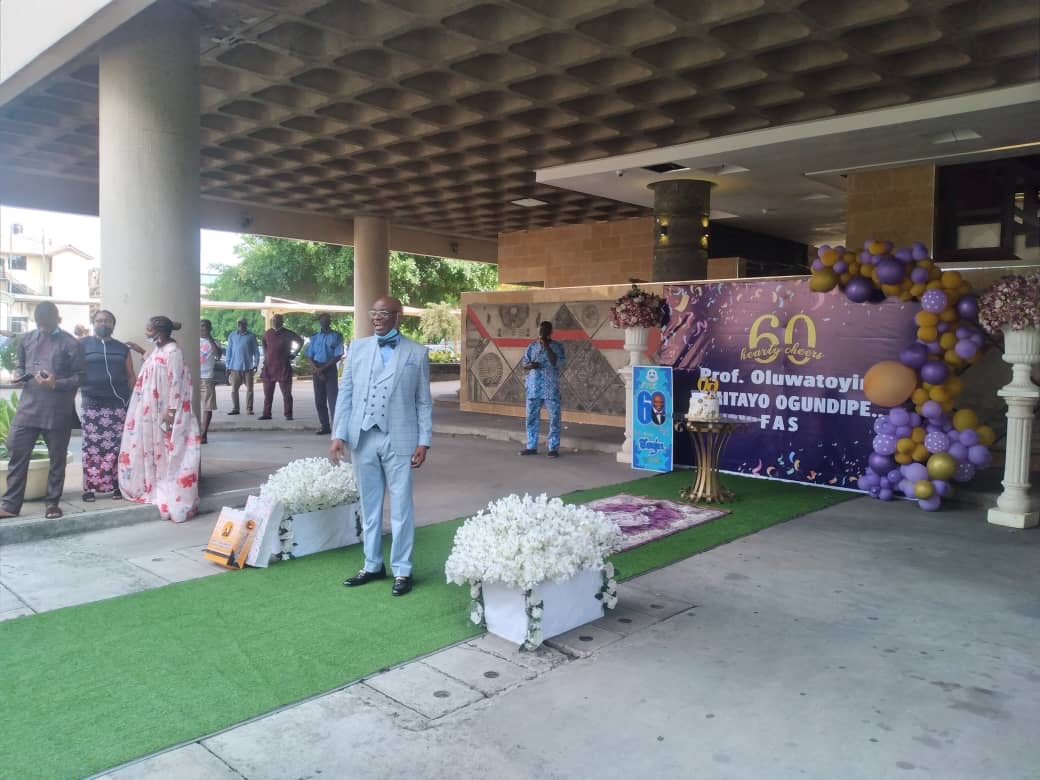 According to a statement signed by Femi Adesina, the spokesperson to Mr Buhari, the President rejoices with the academia and professional colleagues of Mr. Ogundipe, who he noted, through diligence and resilience, rose to become a professor of Botany at 42, “taking up responsibilities as dean, school of postgraduate studies, director, academic planning unit and deputy vice chancellor.”

“President Buhari extols Prof Ogundipe’s commitment to upgrading and expanding of the departments, faculties and institutes in the university, particularly paying attention to the dynamic global market, evolving trends in research, and most importantly, the need for character, competence and “competitiveness, the statement noted.

It further added; “As the vice-chancellor turns 60, the President commends the ongoing efforts to improve the quality of learning by attracting grants for infrastructure development and research, promoting scholarship, and management of resources, with the larger picture of supporting governments to meet growing demands, especially in research funding and employment.”

In a similar message, the vice president, said he congratulated the vice-chancellor on reaching the milestone of diamond jubilee.

In a congratulatory letter personally signed by Mr. Osinbajo and referenced SH/HEVP/CONG/220520, the vice president commended the vice-chancellor on his academic and professional feats, saying on behalf of his wife and family, he wished Mr. Ogundipe the very best.

On his part, Mr. Sanwo-Olu said he is proud that UNILAG is ranked among 1000 universities in the world under Mr Ogundipe’s watch.

Apart from a letter he personally signed, the governor also shot a short video he posted to the vice-chancellor where he conveyed his wishes and prayers.

Others who sent in video messages include the speaker of the house of representatives, Femi Gbajabiamila; former minister of police affairs, Musiliu Obanikoro; PDP governorship candidate in Lagos in 2019, Mr. Jimi Agbaje, and the managing director of Wema Bank Plc, Ademola Adebise.

In their separate messages to the celebrator, they thanked him for staying true to the ideals of integrity, excellence and professionalism.

They wished Mr. Ogundipe long years of service to humanity, and wish the institution the best during and after the tenure the celebrator as the vice-chancellor.

Ogundipe, who became a professor in 2002 at the age of 4, has published more than 70 research articles in various high profile peer reviewed journals both locally and internationally and has co-authored six books.

A three-time co-recipient of the University of Lagos, Faculty of Science Best Researcher Award, Ogundipe was an adjunct professor to the Department of Biology, Central Michigan University, Michigan.