The Centre for Democracy and Development (CDD) has published the shortcomings of President Muhammadu Buhari’s anti-corruption drive in the last five years.

The report signed by Idayat Hassan, CDD director, said it is a culmination of data-driven analysis of the milestones and shortcomings of the President’s anti-corruption drive, provides a mixed bag of performance in some areas and underperformance in others.

“In the first place, the five-year assessment situates anti-corruption as a signature issue around which President Buhari has built a personal political brand, making it the major plank on which he won the historic election of 2015. This popular appeal, which played a big role in the defeat of the former President, Dr. Goodluck Jonathan, also accounted for the very high expectations of citizens that corruption would be quickly dealt with.

“The report notes the gaps between those high expectations and the Buhari administration’s underwhelming delivery in terms of dealing a death blow to corruption in Nigeria.

“In the area of achievements, the assessment makes the point about how the Buhari administration has worked to elevate the fight against corruption by placing as its top national policy priority. It further notes the empowerment of anti-corruption agencies, and the Buhari administration’s effort to free them up to pursue far-reaching investigations into political and bureaucratic corruption. In the context of empowerment of those agencies in the frontlines of the fight against corruption, the assessment reckons that “appointing capable practitioners to lead the Economic and Financial Crimes Commission (EFCC) and the Independent Corrupt Practices and Other Related Offences Commission (ICPC) has been key in reinvigorating them.

“Over the decades, such off-the-radar accounts had proliferated uncontrollably, allowing corrupt officials to siphon public funds with ease. President Buhari has likewise pushed for tertiary educational institutions to join the Integrated Payroll and Personnel Information System (IPPIS) that other government entities are already required to use,” the report reads.

“Other areas where the administration got top rating include the creation of task-specific anti-corruption bodies; specifically mentioned are the two ad hoc temporary audit committees set up by the government to probe profligate and corrupt defence spending during the past administration of Goodluck Jonathan.

“Importantly too, the Buhari administration according to the assessment achieved in the area of securing more corruption convictions. The report however inserts a caveat about the conviction figures; it specifically situates the claims of the EFCC that it recorded over 2,000 convictions since 2015. In giving the context for the figures, the report notes that in 2019 alone the EFCC won over half of these convictions due to a sharp increase in successful cybercrime prosecutions.

“Equally noteworthy according to the report is the increased forfeitures of stolen assets to the government. The assessment notes that in the period under review, the President regularly directed anti-corruption agencies to recover stolen or corruptly acquired assets. The assessment therefore commended the administration for the increasing use of “innovative legal tools to seize suspected proceeds of corruption from former officials who would be difficult and time-consuming to convict. As a result of this strategic shift, more stolen assets are being recovered than ever before.

“On the other hand, the assessment went on to document the gaps and shortcomings in the implementation of the administration’s anti-corruption programme. It talks about the opportunities missed by the President to institutionalize the so-called fight against corruption by capitalizing on the ‘Buhari Effect.’ It would be recalled that the term “Buhari effect” entered Nigeria’s political lexicon immediately after the election of the President. It describes how the President Spartan discipline and his ascension to the presidency would in themselves deter corrupt practices. Contrary to what many stakeholders expected, the assessment notes the reliance of the nation’s helmsman on an enforcement-based approach to combating corruption. In doing so, the conclusion was made that the President largely failed to enact a wider and more durable range of political and institutional reforms designed to achieve lasting change.

“Consequently, the assessment knocks the President for his tendency to condone corruption within his own administration and the ruling All Progressives Congress (APC) party. In this regard, President Buhari gets the flak over accusations that he “consistently turned a blind eye to malfeasance by some of his own appointees and resisted independent oversight of Nigeria’s most scandal-ridden agencies. On top of this, the report notes the untenable situation wherein the Buhari cabinet includes several individuals tainted by accusations of corruption. It went on to document that in the five years under review, the APC nominated, while the President personally campaigned for many notorious kleptocrats.

“On the vexed issue of opaque use of security votes, the administration gets the whip for the use of corruption-prone slush funds. Still, on the issue of security sector corruption, the assessment knocks the President for failure to curb defence and security corruption.  The assessment asserts that expenditures in the defence and security sector continue to escape public and legislative scrutiny, and mostly occur under emergency procurement processes that lack basic anti-corruption safeguards. The government was similarly called out over the continued practice of awarding crude oil lifting contracts to middlemen firms, including those implicated in the 2010 fuel subsidy fraud scandal.

“Another shortcoming identified by the Five Year Assessment is the failure of the government to achieve the required reforms in the petroleum sector. President Buhari who doubles as the Minister of Petroleum Resources, the assessment avers bears personal responsibility for his government’s failure to undertake basic, and long overdue, reforms to the Nigerian National Petroleum Corporation (NNPC). The report reads: “Widely seen as one of the most corrupt and mismanaged national oil companies in the world, the NNPC continues to conceal illicit financial outflows from public or legislative scrutiny, inflate internal administrative budgets and withhold oil revenues from the national treasury.”

CDD called on the government to mandate ministries, departments and agencies submit all documentation to the Auditor-General of the Federation. The government was also called upon to invite respected citizen groups working on anti-corruption issues to be involved in interviewing candidates for key strategic positions in the anti-corruption agencies and provide written feedback to the administration on their suitability for such critical roles. 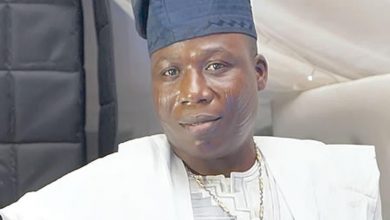 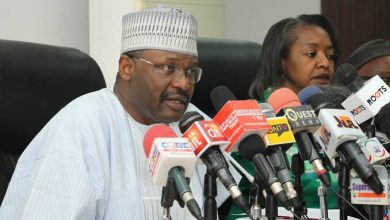 2023: Why it’s impossible to conduct all Elections in One day 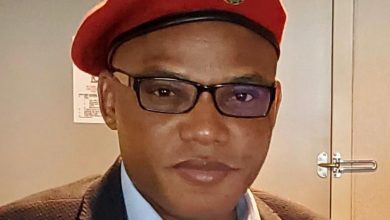