The National Association of Nigerian Students (NANS), Southwest chapter, has called on Federal Government to give proper welfare to health workers and other Nigerians amidst Coronavirus pandemic.

The students made this known in a statement exclusively sent to POLITICS NIGERIA by their spokesperson, Kazeem Olalekan Isreal on Monday.

“We express our solidarity with Nigerian students and Nigerians at large in the battle against the Covid-19 pandemic. No doubt, this pandemic that is ravaging the world has obviously disrupted economic activities as businesses have been shut down with millions unable to do their businesses as the Federal and State governments have imposed varying degrees of lockdown across the country in a bid to control the spread of the pandemic.

“This has obviously caused a lot of hardship as many Nigerians are now submerged in hunger while many are on the brink of joining them. It is most unfortunate that under a government that willingly entered into a social contract with the people to secure their lives and properties and to provide welfare packages for them.

“The citizens have been left to gnash their teeth in ruin opportunities and this pandemic has helped expose the hypocrisy of the government in ensuring betterment for the people of the country with armed robbery on the increase and all forms of social vices accompanied by serious violence within the nooks and crannies of the country. The deafening silence that these have received from the government with no decisive step(s) being taken is a serious cause of concern for us as an association and we charge the government to buckle down in securing the people and providing palliatives during this moment of crisis.

“This should obviously call for concern especially by the government whose major objective is the welfare and security of the citizens. Unfortunately, the response of the government has been poor so far. Humans are biological machines who constantly need to consume food for their bodies to use as fuel. It is, therefore, germane that any government imposing a lockdown preventing people from doing the activities that have been the bulwark of their economic survival to provide adequate palliative measures.

“The conditional cash transfers have also been ridiculous. It is unimaginable that a country like Nigeria in the 21st century can be sharing physical cash to people even in the midst of allegations that the programme has become a means to compensate members of the ruling party. The failure to provide rational database and the refusal to use the banks, opting instead for a hand transfer method that gives no room to accountability is a pointer that the existing social welfare structure is flawed. The Federal government with the help of the National Assembly must, therefore, put together a working and effective social welfare structure with the necessary database.

“We also condemn the statement of the Minister of Health who said that health workers in the forefront of the battle against Covid-19 do not deserve hazard allowances because they are doing their regular work. This statement is not only callous but a display of gross irresponsibility, ignorance and ineptitude by the Minister. We, therefore, demand that the Federal government provide the necessary incentives for our health workers.” 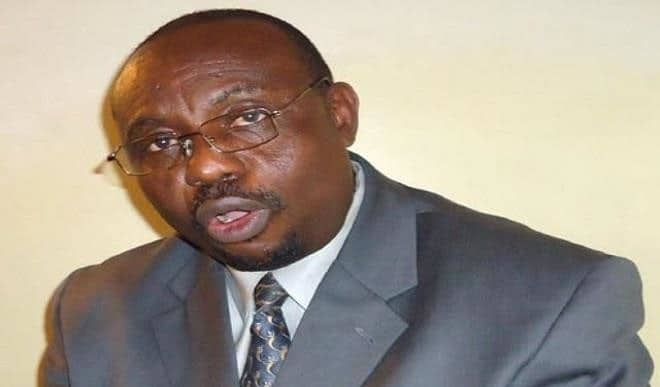