The Buhari Media Organisation (BMO) has described the United Nations’commendation of Nigeria’s response to Covid-19 as the perfect answer to critics of the government’s handling of the pandemic.

BMO said in a statement signed by its Chairman Niyi Akinsiju and Secretary Cassidy Madueke, that only international bodies with access to information across the world are in the best position to carry out a proper and unbiased country-to-country situation analysis

“We invite Nigerians to pay close attention to UN Secretary-General Antonio Guterres who was emphatic about Nigeria’s quick response to the Coronavirus. “He singled out Nigeria as a shinning example for the world at a recent virtual news briefing in New York, USA, and noted that the country did well at a time many developed countries failed to rise up to the challenge posed by the virus.

“This is by no means different from what Dr Clement Peter, the officer-in-charge of the World Health Organisation (WHO) in Nigeria said several weeks ago, and who also added that the Nigeria Centre for Disease Control (NCDC) is ‘one of the best control centers in Africa.

“We want to add that the man President Muhammadu Buhari placed in charge of the NCDC and who is also playing a pivotal role at this time, Dr. Chikwe Ihekweazu is one of the most respected epidemiologists in the world.

“We, however, find it strange that some highly placed individuals are buying into the false narrative of a poor response mechanism at a time the country is receiving global encomiums from those who know,” the group added

It specifically noted comments attributed to the former Catholic Archbishop of Lagos, Cardinal Olubunmi Okogie, who was quoted as saying that the pandemic has exposed Nigeria’s poor leadership.

BMO said: ” We urge the reverend clergyman to go through comments by the UN Secretary-General and the WHO country representative on Nigeria’s response to the pandemic that has virtually brought more developed countries to their knees.

” As much as the Cardinal has every right to his views, we believe that someone that commands respect among millions of Nigerians should be more circumspect.

“If he was, he would not have been so quick to attribute a decision taken by an independent arm of government on the purchase of vehicles for its members to President Buhari.

‘We also acknowledge Cardinal Okogie’s misgivings on certain aspects of the Presidential system of government, but urge him to couch his concerns in a memo and forward same to the National Assembly’s joint committee on Constitution review which is due to begin work on Constitution amendment.

“And although we know he is retired, we want him to do a lot more to speak to the conscience of a group of Nigerians that keep exploiting the poor.

“We also need to remind the Cardinal that the Lagos state government is doing very well in managing the pandemic because of the support Governor Babajide Sanwoolu is receiving from President Buhari.”

BMO also reaffirmed the government’s commitment to ensuring that Nigerians are not severely affected by the lockdown announced by federal and state authorities to stop the spread of the pandemic. 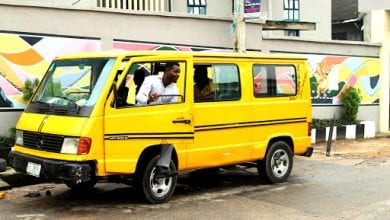 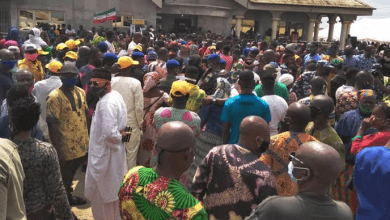 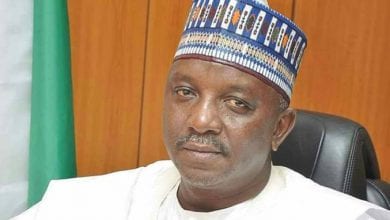