The Enugu State government has said the two cases of COVID-19 confirmed in the sate were recent returnees from the United Kingdom.

The Head of the State Multi-Sectoral Rapid Response Team and Permanent Secretary in the Ministry of Health, Dr Ifeanyi Agujiobi, made this known in a statement on Saturday morning.

Agujiobi said that the two cases voluntarily contacted the Ministry of Health on arrival from the UK and in response to media jingles asking returnees to do so.

“So far, the patients have remained in isolation and the Enugu State Multi-Sectoral Rapid Response Team have commenced contact tracing,” Agujiobi stated.

He expressed the state government’s gratitude to the two cases for answering the call for all returnees from overseas in the last 14 days to report for evaluation.

“We still wish to encourage all those that returned recently from overseas to contact the Enugu State Public Health Department through two dedicated lines – 08182555550 or 09022333833.”

He asked Enugu State residents not to panic as health personnel were already positioned to respond to the present situation.

Agujiobi also advised them to continue to observe a “high level of personal hygiene, maintain the social distance protocol, and stay home.”

The government also ordered the closure of all land borders and inter-state transportation until further notice.

In a statement by the Secretary to the State Government, Prof. Simon Ortuanya, the order takes effect from 6pm on Tuesday, March 31, 2020.

The state government has also ordered the closure of all markets in the state till further notice, with effect from 6pm on Tuesday.

The government added that other categories exempted from the closure include “those dealing on food items, water, pharmaceuticals, medical equipment and other basic items of daily domestic need.

Ortuanya said, “All Local Government Chairmen are hereby directed to ensure strict compliance with the closure of the markets within their respective local government councils, without prejudice to the exceptions above.” 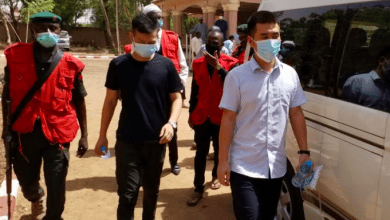