After a week of placing a total lockdown in Katsina, the state government has lifted the ban on Friday prayers in the state with immediate effect.

Secretary to the State Government, Dr. Mustapha Inuwa, disclosed this in a statement on Tuesday in Katsina, the state capital.

According to the statement, the decision was taken after the state government met with religious leaders, traditional rulers and security agencies in the state to fashion out a way to allow religious activities to continue.

Inuwa said there would be some stipulated health and security guidelines carried out in mosques before Friday prayers must be conducted.

The SSG also advised Imams to avoid prolonged sermons in order to allow their followers to leave the mosque within a short period.

He, however, stated that the state government will soon have a similar meeting with Christian leaders to lift the suspension of Sunday church services.

Inuwa urged residents to maintain social distancing and strictly adhere to all rules and regulations provided by the Nigeria Center for Disease Control (NCDC) in tackling the dreaded disease. 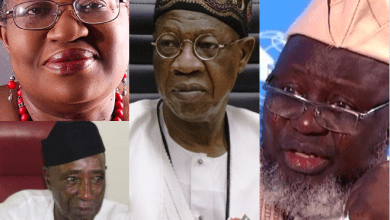 ROUND UP: Nigeria’s Top Politicians with a History of spreading Fake News [Part 1]