As the 2023 presidential election gathers steam, a former federal lawmaker, Senator Dino Melaye, has been appointed the Spokesperson of the Atiku Abubakar/Ifeanyi Okowa campaign organisation.

POLITICS NIGERIA reports that reacting to the appointment, Melaye labelled Atiku “the next president of Nigeria”.

“I thank Atiku Abubakar for appointing me as his Spokesperson and that of the PDP presidential campaign of the PDP in a letter personally written by the next president of Nigeria.

“Thank you sir, and l will not let you or our great party down. God bless you sir and VP Okowa. Lets go,” the Kogi-born politician said on his known Twitter handle on Thursday. 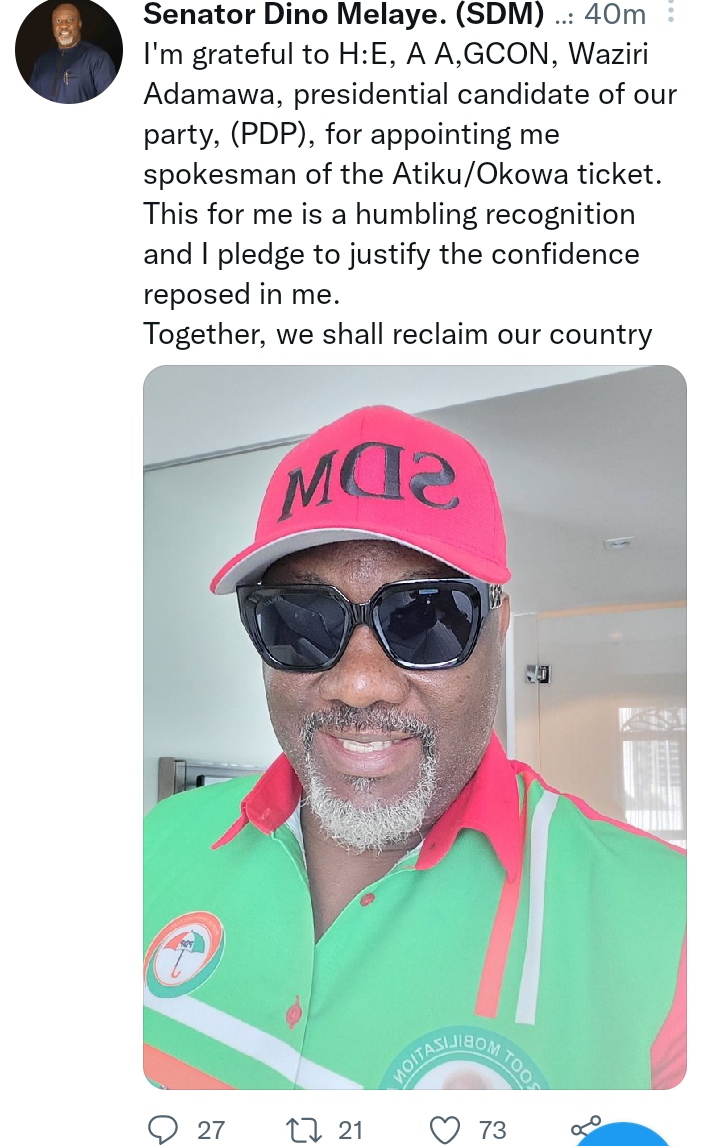 In another tweet, Melaye pledged to ‘justify the confidence reposed’ in him by the former Vice-President.

“I’m grateful to H:E, A A,GCON, Waziri Adamawa, presidential candidate of our party, (PDP), for appointing me spokesman of the Atiku/Okowa ticket,” he said.

“This for me is a humbling recognition and I pledge to justify the confidence reposed in me.

“Together, we shall reclaim our country.”