Falana said this on Friday in Ghana at the West Africa Media Excellence Conference and Awards (WAMECA). The Constitutional and Human Rights Lawyer is Guest of Honour at this year’s WAMECA which is ongoing as of the time of publishing this report.

WAMECA is an initiative by the Media Foundation for West Africa “to promote media excellence in the sub-region”. It is a two-part event: a Conference and an Awards ceremony for journalists, dubbed West Africa’s biggest journalism event. 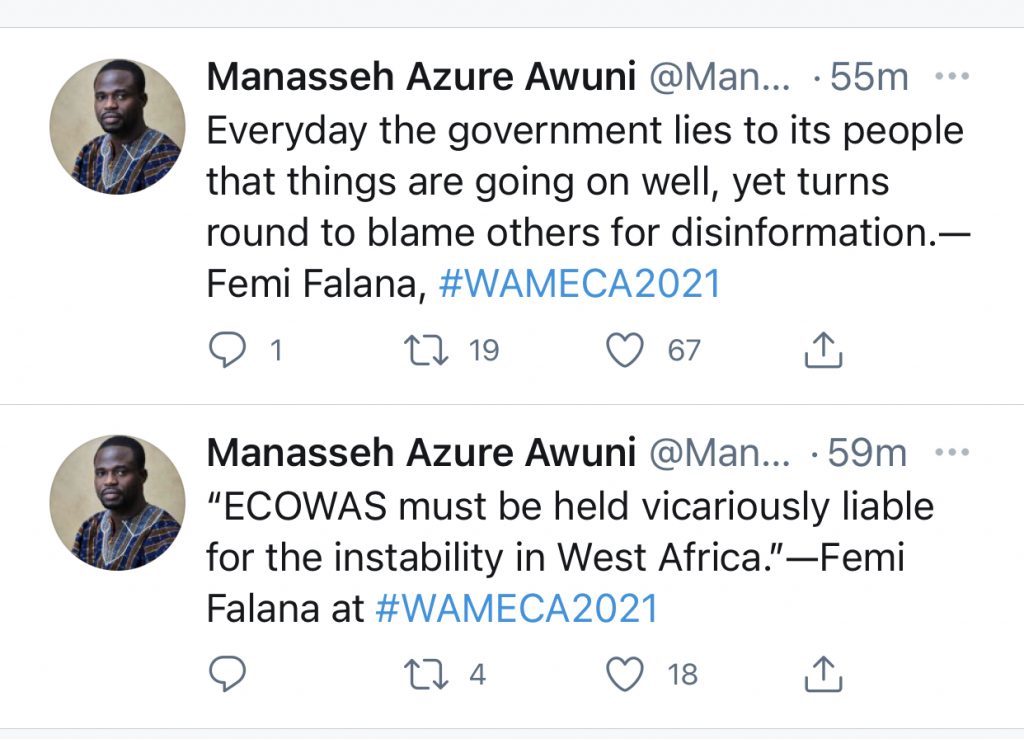 POLITICS NIGERIA reports that West Africa, like major parts of the continent, is experiencing challenges of security and political instability.

While the recent rise in violence and conflict as well as extremism and other emerging threats have sparked concerns over West Africa’s future development, some analysts argue that efforts to prevent conflicts have also improved.