Media Aide to the former Edo governor, Victor Oshioke, made this known while reacting to a petition sent to the State Commissioner of Police through her counsel, Idemudia Ilueminosen & Co.

Oshioke dispelled the allegation saying the former governor is focused on marketing the governorship candidate of the APC and cannot, under any circumstances, be distracted by the “buzzing of baby mosquitoes Mrs Shaibu.”

He said “This petition is nothing but a futile attempt to divert the attention of Nigerians from the trending video of Maryann Shaibu threatening to flog women old enough to be her mother if they dare exercise their fundamental human rights to attend any event other than the one she organises,” he stated.

JUST IN: APC faces set-back as 900 defect to PDP in Bayelsa 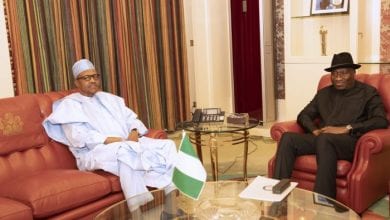