A former governor of Anambra state, Chukwuemeka Ezeife has arrived the Federal high court, Abuja to witness the trial of Nnamdi Kanu, the leader of the Indigenous People of Biafra, IPOB.

Ezeife arrived in the company of Kanu’s lawyer, Ifeanyi Ejiofor. In same line, a British envoy arrived the court premises at about 8:03 am in a white highlander to witness the trial.

Nnamdi Kanu is facing charges of Treasonable Felony and Terrorism.

The court premises has been surrounded by fierce-looking, heavily-armed security operatives of the Nigeria Police, army and the Department of State Security Services, DSS.

In 2016, Nnamdi Kanu was arraigned alongside four others on six count criminal trial charge bordering on alleged terrorism and treasonable felony. He pleaded not guilty to the charges and was admitted to bail in the sum of N100 million with three sureties in like sum, one of which was a serving Senator, Enyinnaya Abaribe.

However, he had jumped his bail in 2017 after his family house in Afarukwu, Abia State was invaded by personnel of the Nigerian Army. Following the jumping of his bail, trial judge, Justice Binta Nyako had voided the bail and issued a warrant for his arrest.

After nearly four years of being a fugitive, he was re-arrested by security agents in collaboration with interpol and brought to Nigeria in late June to face his trial. 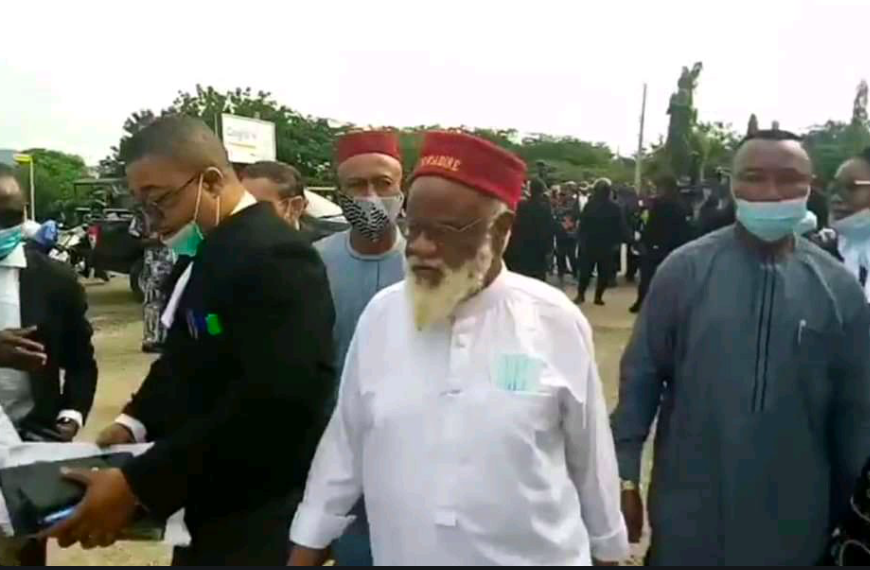 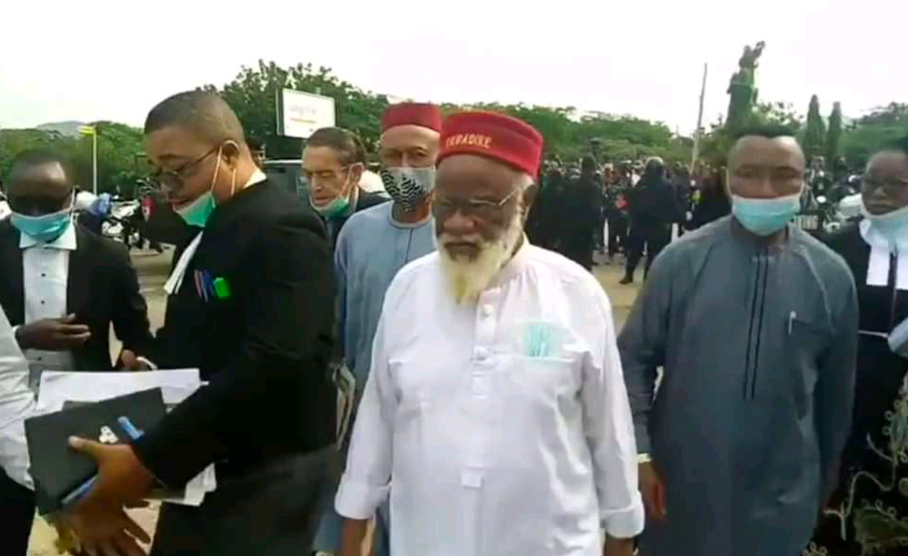 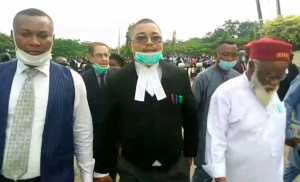