A suspended aide of Governor Dapo Abiodun of Ogun State, Abidemi Rufai, is in fresh trouble for attempting to deceive a United States Court in a desperate bid to get bail, documents obtained by POLITICS NIGERIA reveal.

Mr Rufai is facing serious charges for committing a $350,000 fraud in the US.

According to the court documents filed by the United States Department of Justice, the Acting U.S. Attorney Tessa Gorma, told the United States Courthouse, in Tacoma, Washington, on June 23, that Mr Rufai participated in a fraudulent surety scheme to mislead the court.

The documents revealed that when looking for a person to stand surety for a $300,000 bail bond earlier granted him by a magistrate’s court, Mr Rufai gave false narratives.

The U.S. government said it obtained call recordings of his efforts to deceive the court.

“It is evident from the recording that the defence’s presentation of the surety as a friend of Rufai was false, and that, in fact, Rufai does not even know the surety. In the call, Rufai’s brother states that ‘they found a lady to set up the bail’.”

“In fact, Rufai did not even know ‘the lady’ and did not know basic biographical information about her. The recording also makes clear that Rufai has significant assets (at least enough to cover a $300,000 bond), which he is willing to use, however, he can to secure his own release.”

“This is contrary to his statement to Pretrial Services in New York that his only asset is $6,000 in the United States and $10,000 in Nigerian checking and savings account. And, the recording shows that Rufai and his brother conspired to set up a replacement sham surety to buy Rufai’s release.”

POLITICS NIGERIA reported how Mr Rufai was busted for using the identities of more than 100 Washington residents to steal more than $350,000 in unemployment benefits from the Washington State Employment Security Department (ESD) during the COVID-19 pandemic last year.

He has since been detained despite efforts to release him on bail by his lawyer, Michael Barrows.

Last Friday, U.S. District judge, Benjamin Settle of Tacoma, agreed with federal prosecutors that Mr Rufai represented a flight risk, hence he will remain in jail until his trial.

This trial will officially begin on August 31. 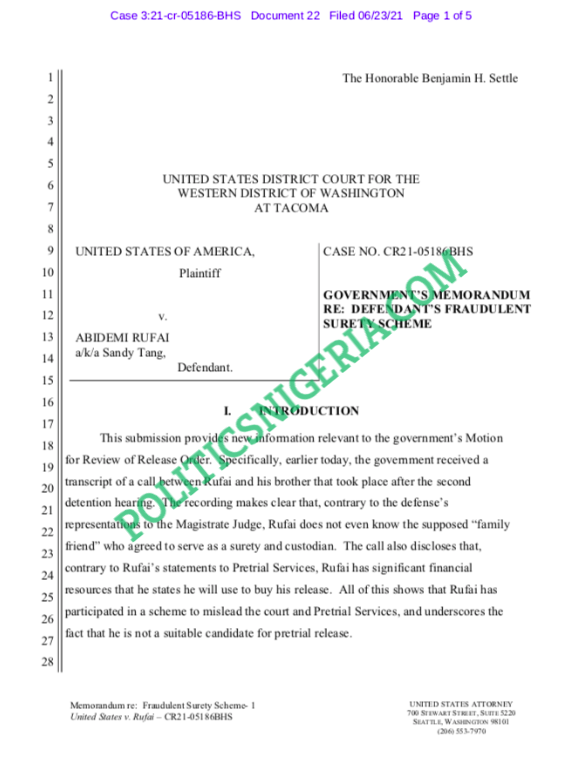 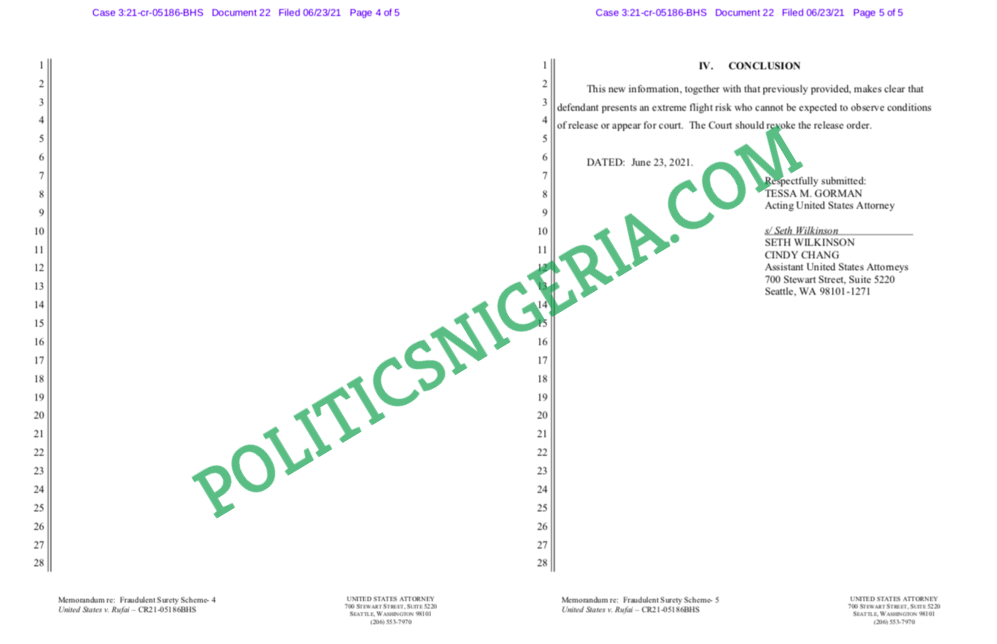 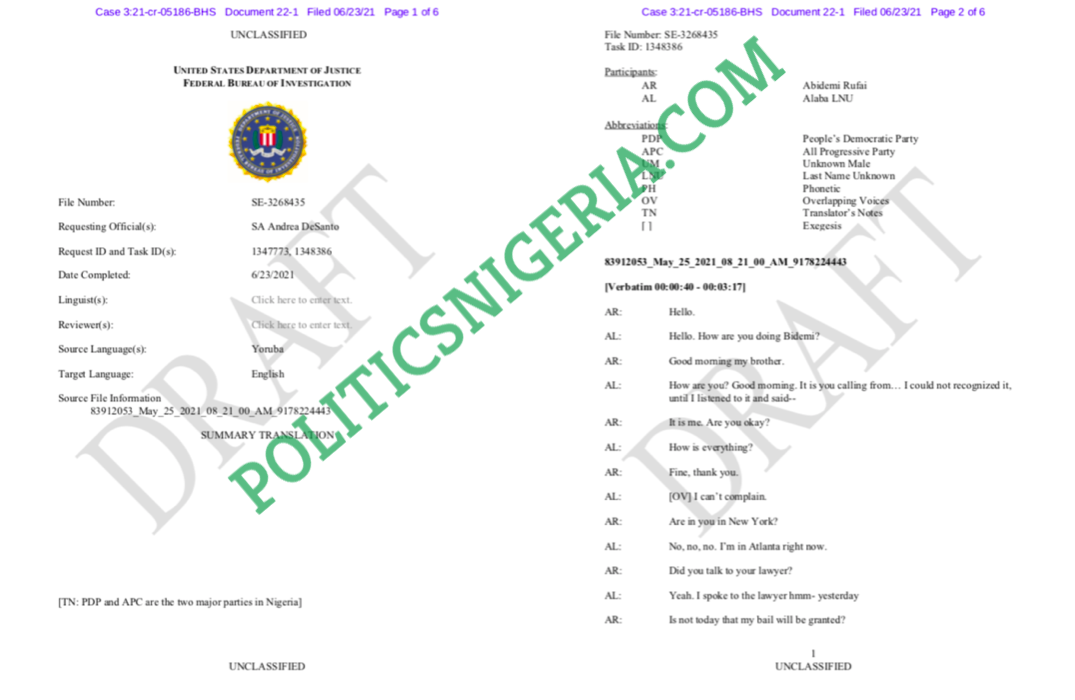 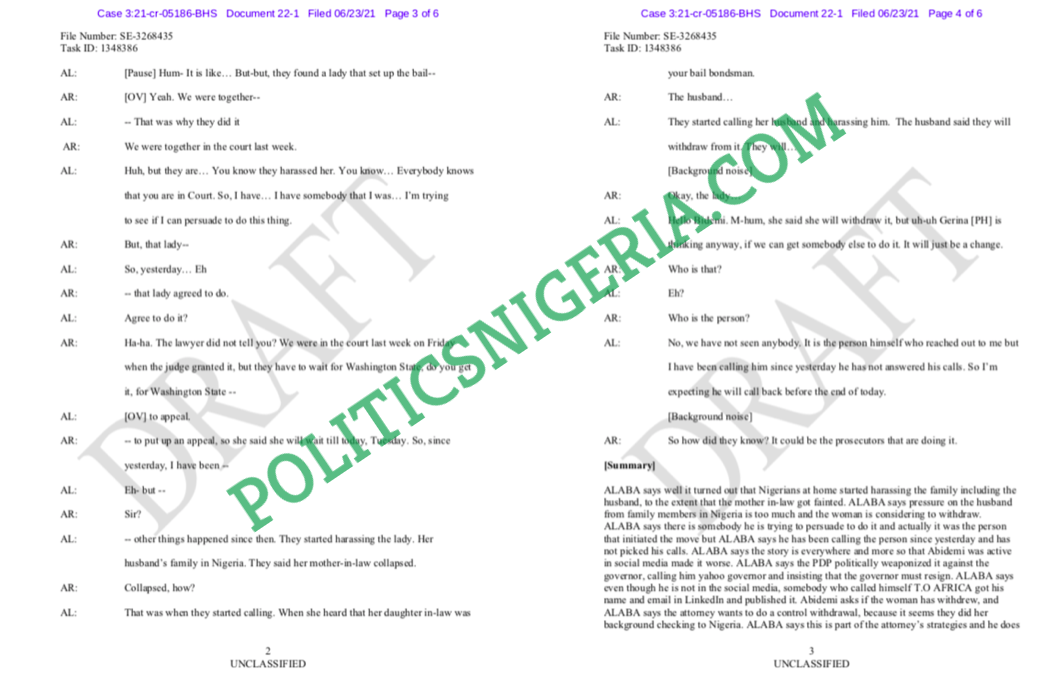 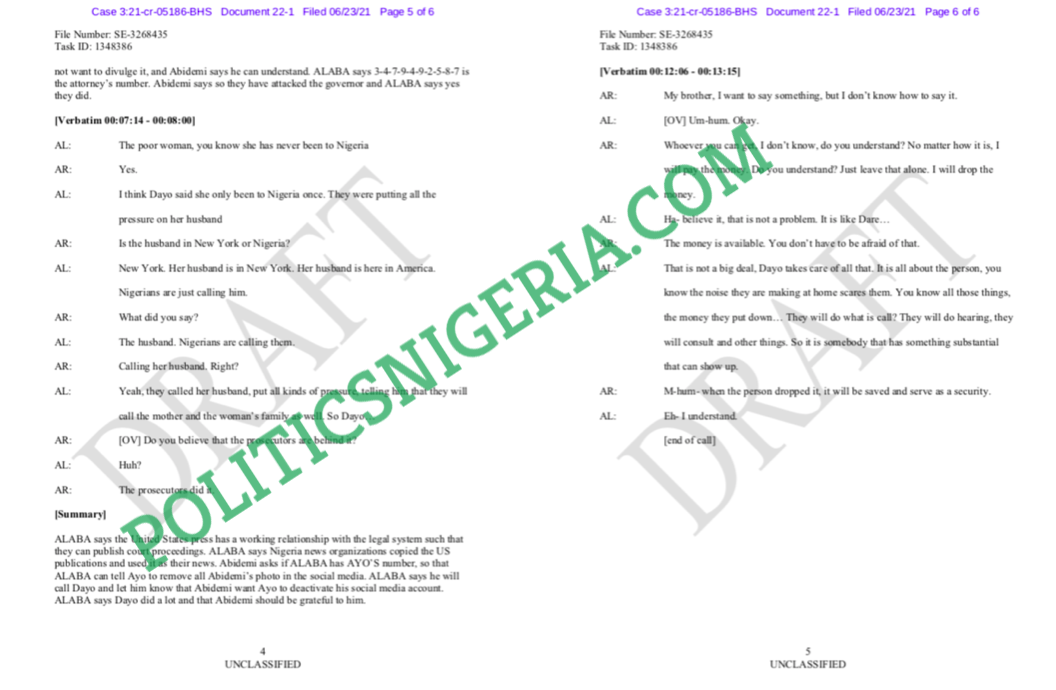