A statement attributed to the Minister of Information, Lai Mohammed, claims that the Federal government has spent a sum of two hundred billion naira to dig graves for Nigerians.

This sprung up a day after the controversial burial of the former Chief of Staff to the President, Abba Kyari, who died of the novel coronavirus. The Presidential aide whose death was announced last Friday, was laid to rest at the Gudu Cemetery in Abuja on Saturday morning, 18th of April.

Encomiums, tributes and criticisms have however trailed the death of Kyari, who was perceived to be the brain behind most of the actions and inactions on the Buhari-led administration.

The story, as at the time of writing this fact check, had recorded 19,282 views from the website counter.

It has also generated widespread criticisms from some Nigerians in the comment section, many of which questioned the accountability of the Buhari-led government and rained curses on the officials.

“Our leader they don’t fear God, you say you spend 200bilion for dig grave this is totally lie what kind of nonsense is that we will not tolerate this rubbish woo,” one Usman Yusuf commented. (https://winnaijatv.com/we-spent-n200-billion-to-dig-graves-for-nigerians-lai-mohammed/#comment-4724)

Another commentator, Uzoma, wrote: “May billions of graves visit the generation of those who use 200 billion to dig a grave in Jesus Amen.” (https://winnaijatv.com/we-spent-n200-billion-to-dig-graves-for-nigerians-lai-mohammed/#comment-4708)

VERIFICATION: Mr Mohammed, a controversial figure, has been culpable of misleading the public with erroneous claims in the past. In fact, he topped the list of government officials who had one time or the other misinformed the public.

This was contained in a round-up published by this newspaper.

POLITICS NIGERIA’s findings showed that there are no reports to support the claims attributed to him this time around. Further examination of the story revealed that no source was attached to the report and that it was not well structured.

Also, all hyperlinks included had no connection with the claims made. Winnaijatv.com stated that it quoted a source- a Facebook post, which could not be found.

“The report was published with the headline: “Covid19: We Spent N200 billion to dig Graves for Nigerians -Lai Mohammed”

According to the report, the minister had said Nigeria Government have spent 200 billion Naira to dig graves for Nigerians ahead Coronavirus (COVID-19),” the platform reported.

Nevertheless, the news story which it claimed was reported by other sources online including Ireportonline, wathappen etc. did not state where the Minister made the statement and to what audience.

Most importantly, no context was included in the report to indicate whether the graves dug were for coronavirus deaths or those killed during a natural disaster. Nigeria has so far recorded 21 deaths from the deadly respiratory disease. It is implausible to spend such a huge amount of money to dig graves for 21 people.

When contacted on Monday, an aide to Lai Mohammed, Segun Adewumi, discredited the claim.”This is an old story that has been discredited. The Minister never said that at any forum,” He said in response to POLITICS NIGERIA’s enquiries.

VERDICT: The claim that the Federal government spent 200 billion naira to dig graves is FALSE.

Just in case you have any claim for us to fact check, send to [email protected] via email. 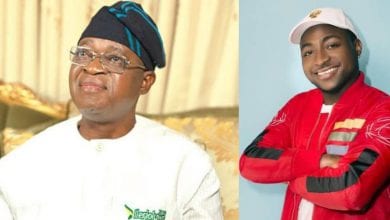