Governor Seyi Makinde of Oyo state has mourned the death of Kehinde Ayoola, the former Commissioner of Environment and Natural Resources.

The late Commissioner was said to have died after battling an undisclosed ailment. Ayoola was the Speaker of the State House of Assembly in 1999 during the tenure of former governor of the state, Late Lam Adesina.

Meanwhile, in his reaction to the death of the former Speaker of the state House of Assembly, Governor Makinde said he received the death of Ayoola with deep sadness.

“Up until his death this morning, he served as the Honourable Commissioner for Environment and Natural Resources in Oyo State.

“I met the deceased in 2002 as members of the Fortune Group for the election of Senator Rasheed Ladoja.

“He will be sorely missed for his great oratory skills and his love for the people of Oyo Town and Oyo State. May his soul rest in peace,” the governor said in a statement on Thursday.

Many Oyo state indigenes and stakeholders have poured in encomiums and tributes to the late public official. 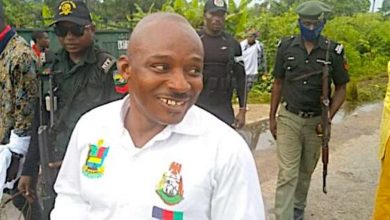