Hushpuppi was recently arrested by Dubai Police for fraud running into millions of dollars. He was arrested alongside several other accomplices and are still in detention.

Ojudu, an SSA to President Buhari on political matters, in a post on his Facebook page, hammered Atiku and Melaye for posing with the fraudster adding that they ‘splashing mud’ on the country’s name. He also praised President Buhari by sharing pictures of him and Heavyweight boxing champion, Anthony Joshua.

“The Difference Is Clear. I just received this collage of photographs from a friend. It shows the difference between patriots and nation wreckers.”

“For those who may not know up there with President, BUHARI is the world heavyweight boxing champion Anthony Joshua patriot to the core and down under is Hushpuppi, another heavyweight, this time in scam with leaders of PDP. I can see Atiku and Dino. We now know those giving our country a good name and those splashing mud on it.” 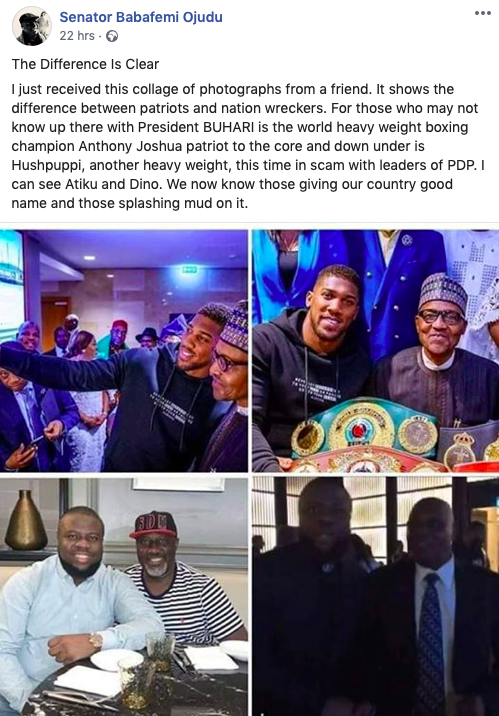