The attention of the Independent Corrupt Practices and Other Related Offences Commission (ICPC) has been drawn to a “Special Note” put in the public domain by a Non-Governmental Organisation, Community for Peace and Corrupt- Free Society, (CPCFS) Nigeria and circulating nation-wide via social media, radio jingles and person-to-person canvassing. The “Special Note” states that the NGO is collaborating with ICPC in the fight against corruption, particularly its Constituency Project Tracking Group initiative, using web links of news reports to substantiate its statement.

While it is true that CPCFS is one of the organisations ICPC is working with on the CPTG initiative, the Commission HEREBY DISCLAIMS the association of its name and activity on the “Special Note” with the membership drive/official restructuring of CPCFS whereby the NGO is asking members of the public to register with the sum of N2,200 to get some benefits as well as the NGO’s verbal promise to prospective members that ICPC would be paying such members.

The Commission would like to reiterate that ICPC is NOT a part of this money-raising scheme of CPCFS or any other entity’s. Notice should be taken that any further report of this matter will be investigated and duly punished.

Members of the public should take note and are urged to contact the Commission when in doubt. 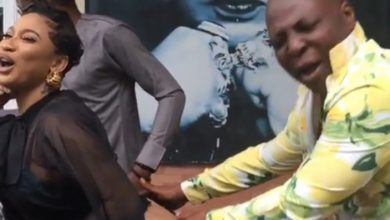