Chairman of Ohanaeze Ndigbo, John Nnia Nwodo has said that any Igbo person that seeks to harm a Northerner should ‘kill him first’.

Nwodo has been facing attacks from members of the Indigenous People of Biafra, IPOB, ever since he condemned the attack against the former deputy Senate president, Ike Ekweremadu.

Ekweremadu was beaten up by some IPOB members at an event in Nurenberg, Germany as they accused him of working against the ‘interests’ of the Igbos.

Nwodo, who has also been accused of being a ‘Sell-out’, is mired in fresh criticism over a statement he made in 2017 in support of peace between Northerners and Igbos. Watch the footage below;

Edo Election: What Obaseki said after receiving Certificate of Return 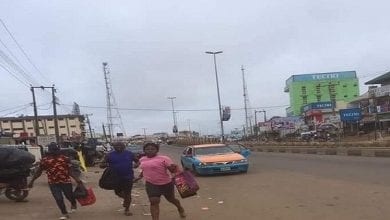 One dead, Many injured as APC, PDP supporters clash in Ondo