Prince Kanu Meme, a younger brother of Nnamdi Kanu, the outlawed Indigenous People of Biafra (IPOB) leader, on Tuesday restated that Biafra separatists “work with ideology, not guns and bullets”.

POLITICS NIGERIA recalls that the Nigerian Army said on Monday that the Eastern Security Network (ESN), IPOB’s armed wing, is behind the recent attacks in the south-east region.

According to Onyema Nwachukwu, army spokesperson, Chukwunonso Iherue, leader of a gang allegedly behind the attacks on police stations in Imo state, was behind the recent violence in Izombe community of the state.

The army spokesman said Iherue was one of the convicts who escaped when gunmen attacked Imo prison in April.

In May and August, police stations in Orsu and Oguta LGAs were attacked by gunmen who also killed officers on duty.

Speaking on the incident at Izombe, Nwachukwu said Iherue and his gang members were seen parading the community, flying the Biafra insignia on October 1, while threatening and instilling fear in the people.

He said when troops attempted to arrest him, he escaped with the help of some persons “until he was later neutralised when he engaged the troops with fire from his pistol in a frantic attempt to escape”.

But Prince Meme, in a subtle response to the Army’s claim disagreed with the security operatives. 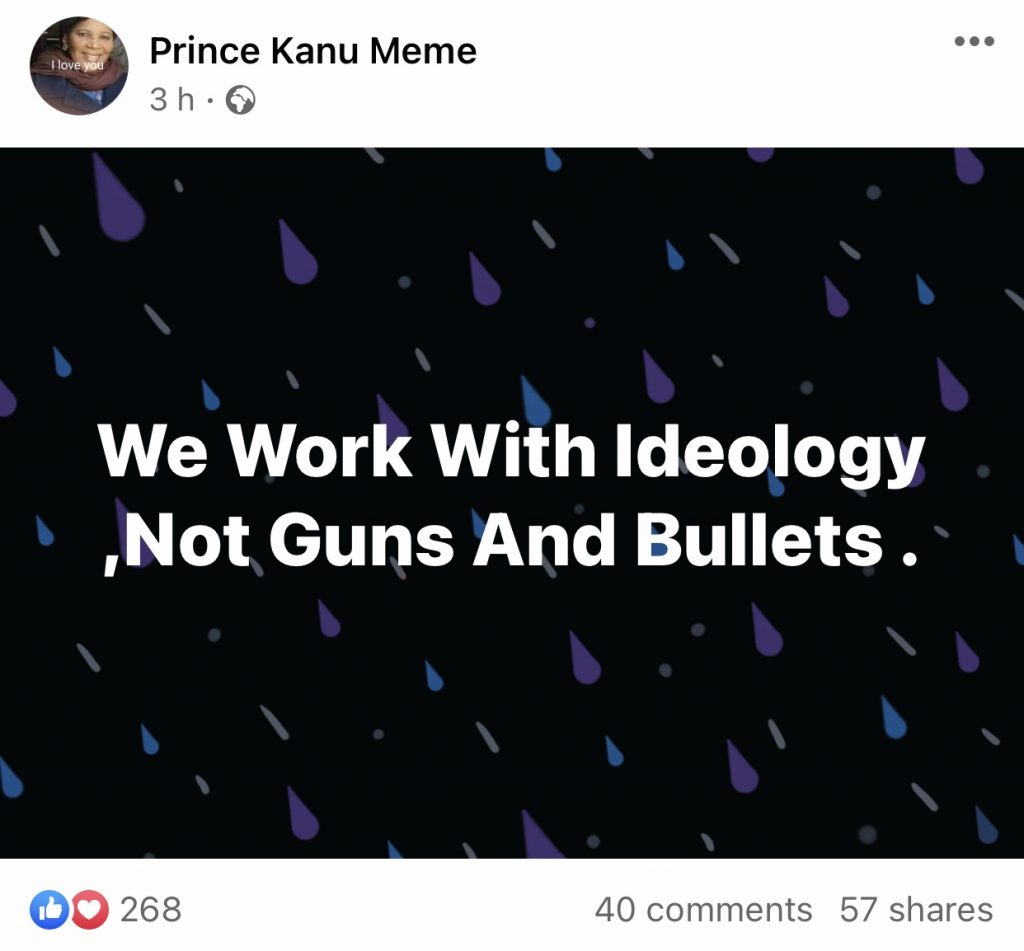 “We Work With Ideology, Not Guns And Bullets,” he wrote tersely on his known Facebook page.