The police in Imo State on Monday said it has arrested eight members of the outlawed Indigenous People of Biafra (IPOB) and its armed wing, Eastern Security Network (ESN), who it accused of attacking the Agwa Divisional Police headquarters in Oguta Local Government Area (LGA) in the state last Friday.

POLITICS NIGERIA reports that four policemen were killed in the dastardly attack.

Part of the division and vehicles, including the one belonging to the Divisional Police Officer (DPO) were burnt by the attackers.

In a statement by Mike Abattam, the spokesperson of the Imo Police Command, security operatives said they trailed the attackers to their hideouts, and apprehended many of them.

The statement reads in part: “The Command’s tactical teams, on the 06/8/2022, at about 0300hrs, after a diligent gathering of credible intelligence, raided some identified criminal hideouts located between Agwa and Izombe communities in Oguta Local Government Area of Imo State, where the hoodlums, on sighting police operatives engaged them in a gun duel in an attempt to escape arrest.

“However, were overwhelmed by the superior firepower of the operatives. While some suspects escaped, eight persons were arrested.”

See pictures of the suspects and the recovered arms below: 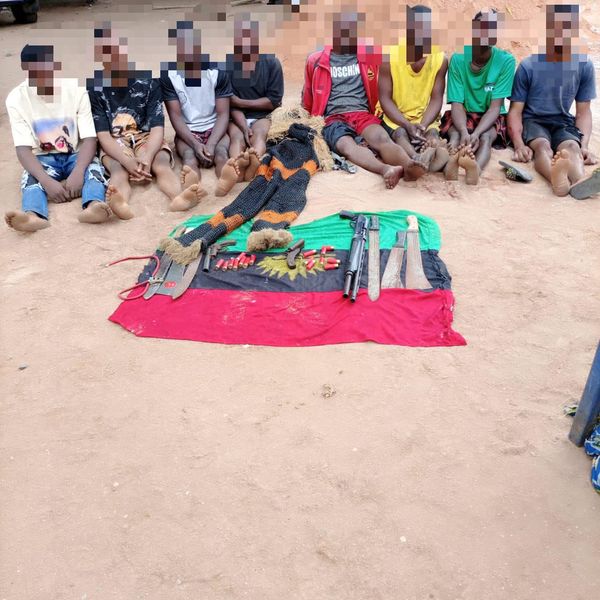 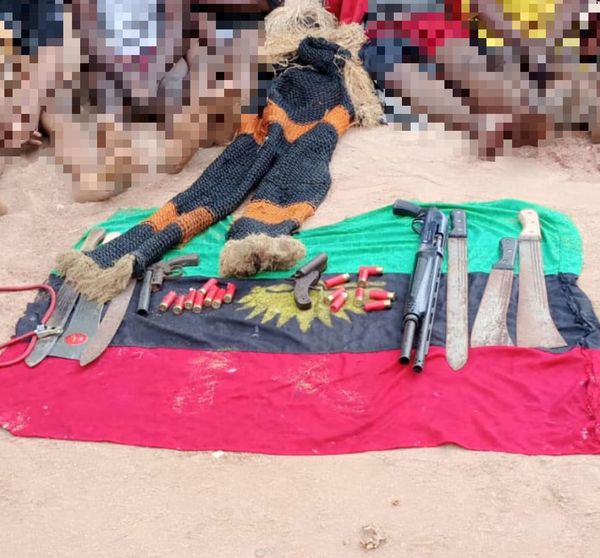