It is no longer news that the chairman of the Economic and Financial Crimes Commission, Ibrahim Magu is facing an interagency presidential panel over several allegations of corruption.

Magu, who is in detention as at the time of filing this report, was grilled by the panel for over 6 hours on Monday.

Below is a list of 8 major allegations against the embattled anti-graft agency boss currently being investigated by the panel;

2. Insubordination to the Office of the AGF (Attorney General of the Federation)

4. Alleged declaration of N539b as recovered funds instead of N504b earlier claimed

5. Alleged leakages of investigative reports that were prejudicial to some cases to some selected media

6. Reporting certain judges to their presiding officers without deferring to the AGF

7. Alleged discrepancies in the reconciliation records of the EFCC and the Federal Ministry of Finance on recovered funds

8. Not respecting court order to unfreeze a N7b judgment in favour of a former executive director of a bank and Not providing enough concrete evidences against some suspects including on Diezani Alison-Madueke for her extradition. 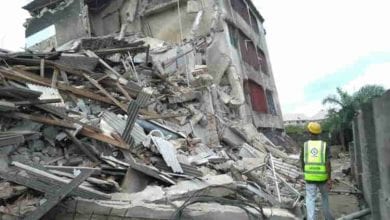