An 84 year old woman, Hajiya Maimuna Goni Hamza, has indicated interest to contest for a seat in the Borno State House of Assembly, POLITICS NIGERIA has gathered.

The octogenarian has already picked up nomination forms of the ruling All Progressives Congress, APC.

Hamza’s ambition has come as a shock to many but she is not the oldest to declare interest in contesting for an elective position in 2023. Few months ago, a 102-year-old woman, Mrs. Nonye Josephine Ezeanyaeche,  declared to vie for the office of the president in the 2023 general elections.

She said she has good plans for Nigeria if eventually she becomes the President.

Ezeanyaeche, who is also called ‘Living Legend’ and ‘Mama Africa’, hails from Aguata in Anambra State and is the founder of the ‘Voice for Senior Citizens of Nigeria’ organisation. 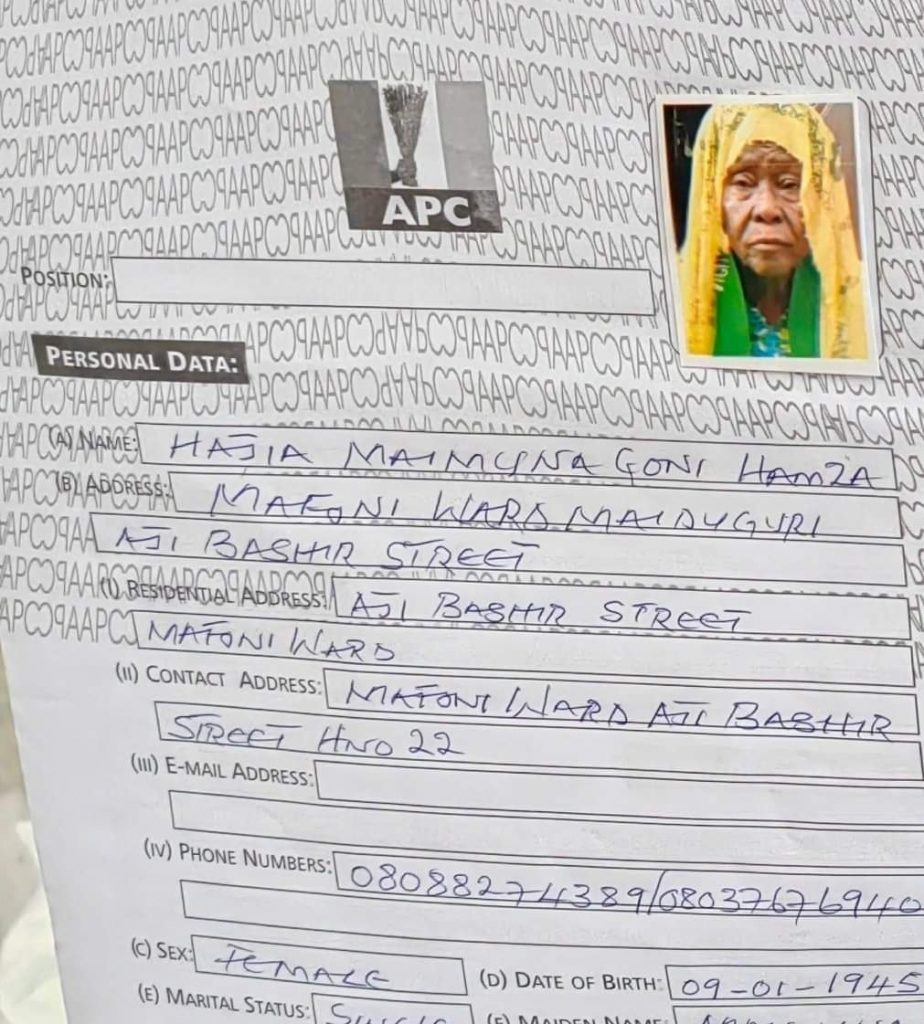