Major Aspirants aiming for the presidency of Nigeria in the different political parties have been invited for a Ramadan dinner with the First Lady, Aisha Buhari, on Saturday, April 23.

According to a copy of the invitation card seen by POLITICS NIGERIA, the presidential aspirants are expected to present their invitation cards at the gate of the venue otherwise they may be turned back. 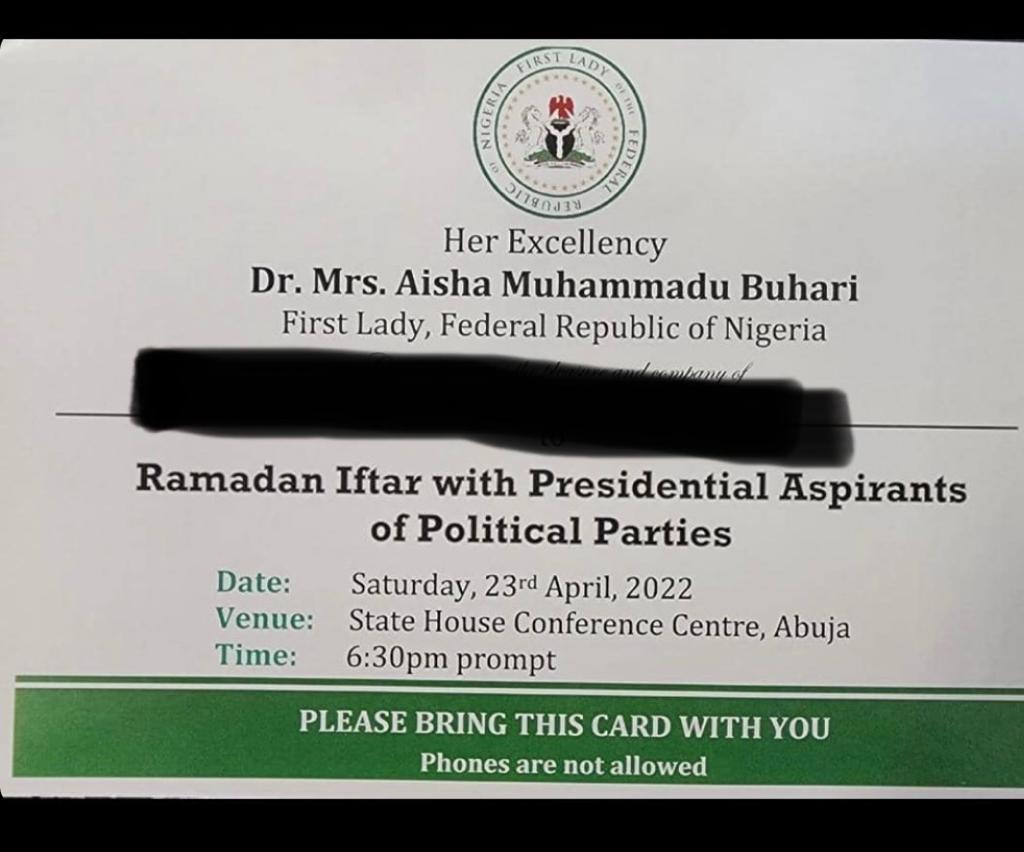 They were also instructed to leave their phones behind when coming for the dinner.

“Please, bring this card with you. Phones are not allowed,” stated the invite.

The ruling All Progressives Congress (APC) currently has about 8 presidential aspirants.

Those who have declared for the exalted position on the platform of the Peoples Democratic Party (PDP) include the governor of Sokoto State, Aminu Tambuwal; Nwachukwu Anakwenze; Dele Momodu; Governor of Rivers State, Nyesom Wike; Investment banker and economist, Mohammed Hayatu-Deen, Peter Obi, Udom Emmanuel and Sam Ohuabunwa.