The All Progressives Congress (APC) has reacted to the petition submitted to the Economic and Financial Crimes Commission (EFCC) against the National Leader of the party, Asiwaju Bola Tinubu.

A group known as concerned Nigerians led by Deji Adeyanju submitted the petition to the EFCC asking it to probe the bullion vans sighted in the residence of the APC leader on the eve of the 2019 elections.

The petition dated October 25 was signed by Adeyanju on behalf of concerned Nigerians and two other activists – Ariyo Dare Atoye and Adebayo Raphael.

It would be recalled that a picture of two bullion vans entering Tinubu’s residence on the eve of the election had gone viral even as Tinubu claimed the money belonged to him.

Some Nigerians had taken on the EFCC for not probing the bullion vans despite the outcry trailing the movement of huge cash.

But the acting Chairman of the commission, Ibrahim Magu, had said the EFCC would probe Tinubu if it received petition to that effect. It was on this basis that Adeyanju and his colleagues submitted the petition to the commission in response to the challenge by the Chairman.

However the APC spokesperson in Lagos, Hon. Abiodun Salami told newsmen; “Let them come up with the proof. The man is a private citizen and he has been out of government for the past 12 years. If he has decided to spend his money on his party, how is that a problem? Let them come up with a proof that somebody’s money is missing.” 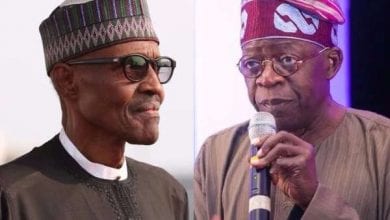 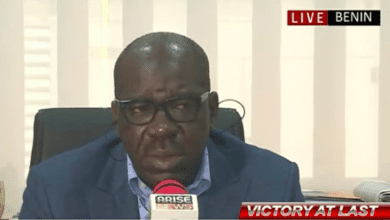