The demise of the Senator representing Lagos East, Senator Bayo Oshinowo popularly known as Pepperito on Monday, was undoubtedly a rude shock to Lagosians and those following Lagos politics with keen interest.

Oshinowo, a former majority leader in the Lagos state House of Assembly died after a brief illness suspected to be COVID-19. The death of the lawmaker has therefore created a vacuum in the Red Chamber of the National Assembly.

Meanwhile, the question on everyone’s lip after his internment on Wednesday is: “who will succeed the powerful Osinowo?”.

The death of the 64-year-old Senator has brought into light silent agitations among politicians in the state. Although the process for his replacement has not started, the names of five people have been mentioned and have started flying within the ruling APC.

POLITICS NIGERIA in this article reviews the likely successors of late Bayo Osinowo and why they stand a chance.

Ambode ran for the office of the Governor of Lagos State in April 2015 as a member of the All Progressives Congress, the state’s ruling party.

He won the election, just defeating the second-place candidate Jimi Agbaje of the People Democratic Party by 150,000 votes. He began his tenure as the governor of Lagos on 29 May, 2015, succeeding former governor Babatunde Fashola.

Ambode lost in the gubernatorial primary election to Babajide Sanwo-Olu, denying him an opportunity to run for a second term. He eventually supported Sanwo-Ou campaign that brought about a smooth transition in the state.

Another person tipped to replace lat Osinowo is Tola Kasali. He is a former chairman of ibeju-lekki and a two-time commissioner in Lagos state. Kasali is also the APC leader of the Lagos East constituency.

The man, whose record of achievements remained unmatched in Ibeju/Lekki council area where he called the shot as the helmsman for three years, resigned from the cabinet to contest the governorship ticket of the Action Congress (AC), which Babatunde Fashola won.

Kasali was the Director-General of the BRF (Babatunde Raji Fashola) Campaign Organisation. In terms of performance, this doyen of grassroots politics has a lot going for him. The track records of his imprint in the provision of rural roads, electrification and water are there for all to verify in Ibeju/Lekki.

Gbenga Bareehu Ashafa (born 22 July 1955) was a former senator representing the Lagos East Senatorial District in the 8th senate (2015–2019) on 9 June 2015. Senator Ashafa was a two-time senator of the Federal Republic of Nigeria from Lagos State.

Babajimi Benson is currently a Member, House of Representatives representing Ikorodu Federal Constituency, Lagos. Born in 1972 and with a career progression that has taken him through both the private and public sector of the nation’s economy, he is an experienced senior boardroom executive and legal practitioner. In addition, he has a proven track record in public administration.

Before his election into the Nigerian House of Representatives, he was the COMPANY SECRETARY / GENERAL COUNSEL at the Lagos State Development & Property Corporation (LSDPC) and was also a NON-EXECUTIVE DIRECTOR of the Lekki Worldwide Investment Limited, Nigeria.

Abike Kafayat Oluwatoyin Dabiri-Erewa (born October 10, 1962 was born in Jos Plateau State. She is a Nigerian politician and former member of the Nigeria Federal House of Representatives representing Ikorodu Constituency in Lagos State. She was the Chairman of the House Committee on Media & Publicity.

She was also the former Chair of the House Committee on Diaspora Affairs, and was elected for the first time in 2003, and re-elected in 2007 and 2011.

In 2015, she was appointed as the Senior Special Assistant to President Muhammadu Buhari on Foreign Affairs and Diaspora. 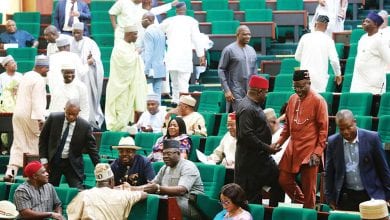 Next Speaker of House of Representatives Should be from South East, demands Austin Chukwukere 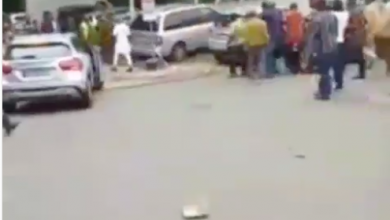 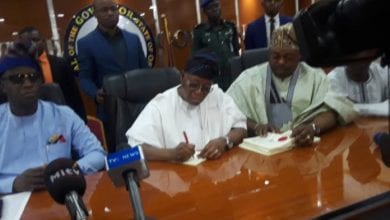