Popular Billionaire businessman, Ayiri Emami performed some water rituals after his removal as the prime minister of the Warri Kingdom.

Ayiri, who was opposed to the emergence of the new Olu of Warri, Tsola Emiko, was swiftly removed by the new monarch after during a revalidation of chiefs carried out on September 2.

He led some of his followers to the river to pay homage to the gods, Umale Okun meaning ”Gods of the water”.

POLITICS NIGERIA recalls that Emami had filed a lawsuit challenging the emergence of the new monarch and was supporting his brother, Onyowoli Emiko to emerge as the Olu. 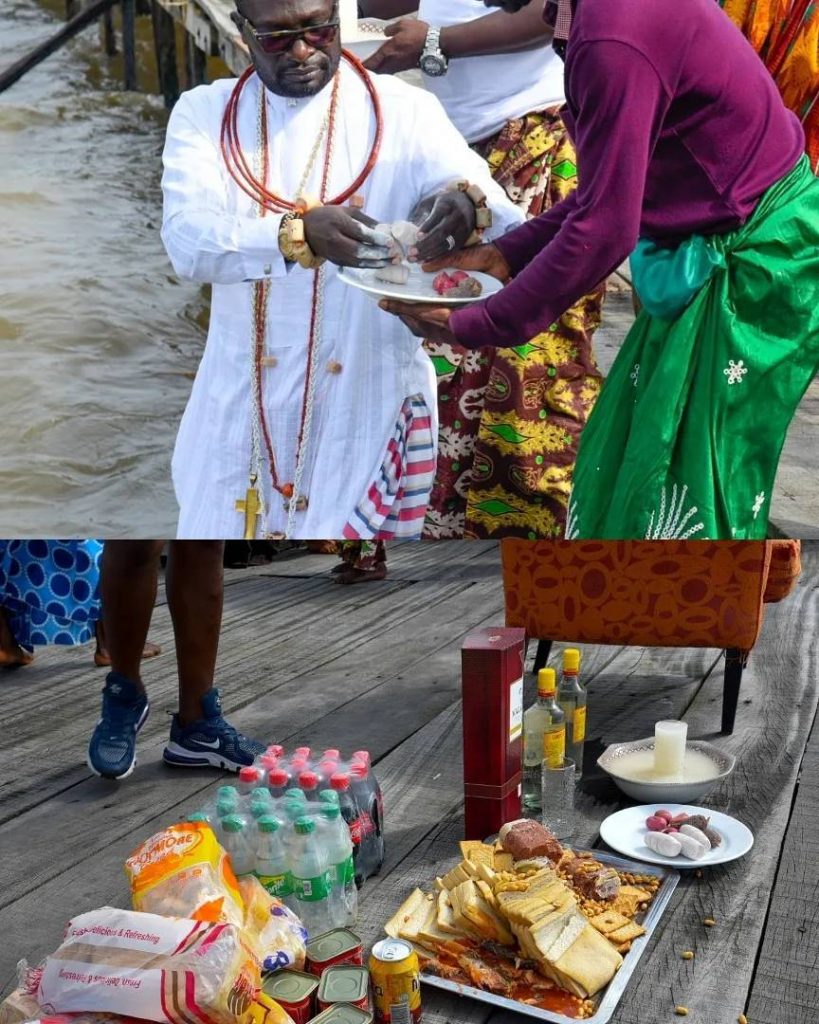 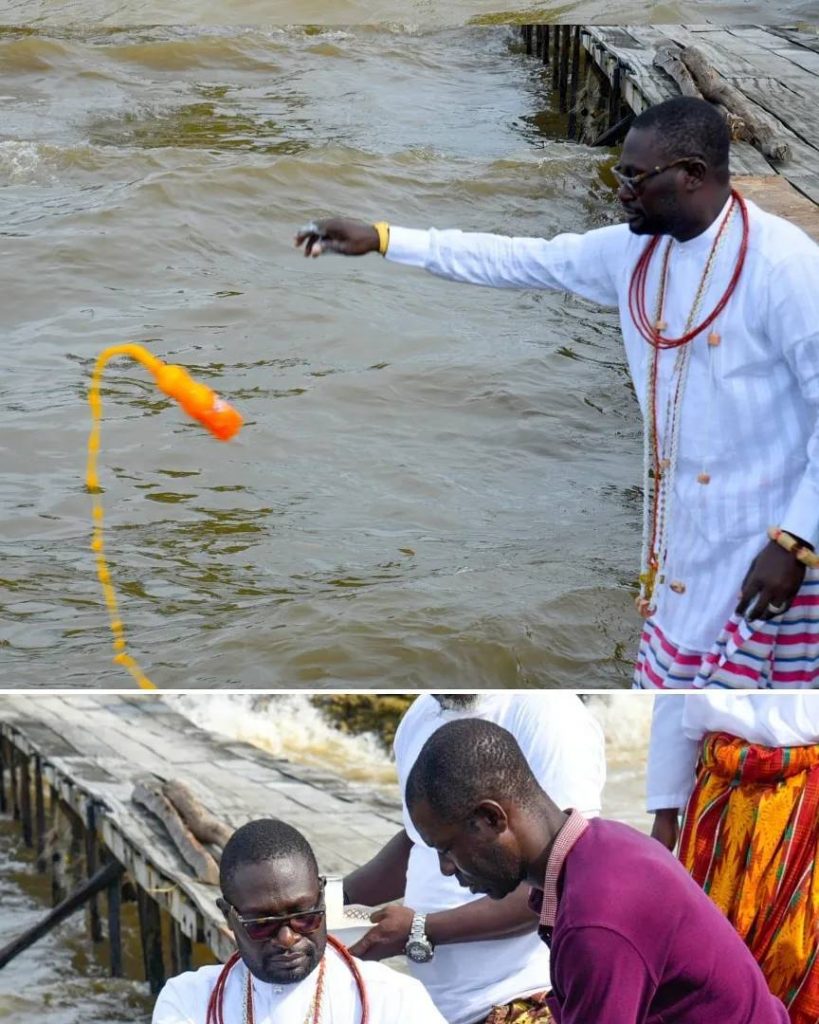