Precious Chikwendu, an ex-wife of former Nigerian Aviation Minister, Femi Fani-Kayode has been detained by the Police in the FCT.

A Facebook post on Wednesday night by Child Rights activist, Harrison Gwamnishu, claimed that Precious was held after going to the Force CID Area 10, Abuja — on police invitation.

Gwamnishu also claimed that Fani-Kayode instituted a criminal defamation against the mother of his children.

He further accused ‘FFK’ of not allowing Precious see her four children. 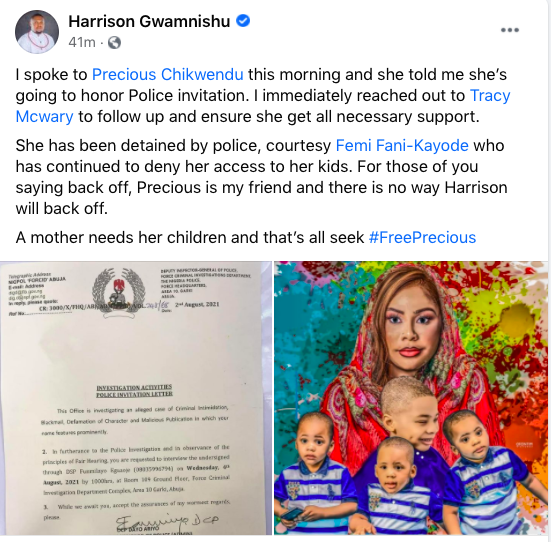 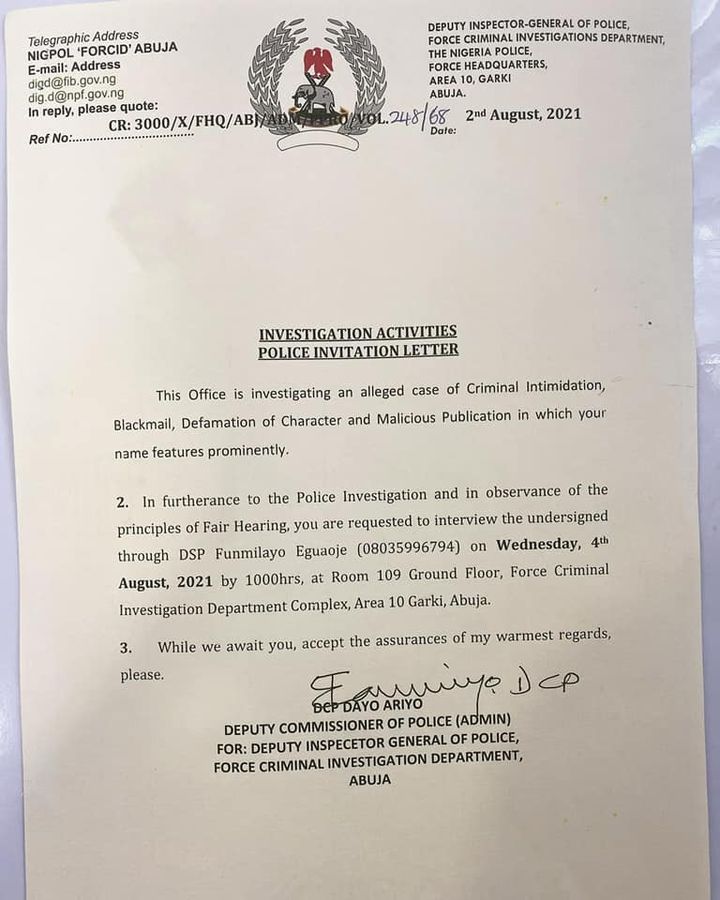