Governor of Edo State, Godwin Obaseki has taken to Facebook to announce the suspension of his predecessor and ex-political Godfather, Adams Oshiomhole by the state chapter of the All Progressives Congress, APC.

The announcement which was published on National dailies as seen on Obaseki’s Facebook page indicates that the suspension was signed by representatives of the Party in all State wards and Local Government Areas.

Obaseki and Oshiomhole have been in a running battle as it is believed that the latter seeks to replace the incumbent governor who he no longer finds favour in. 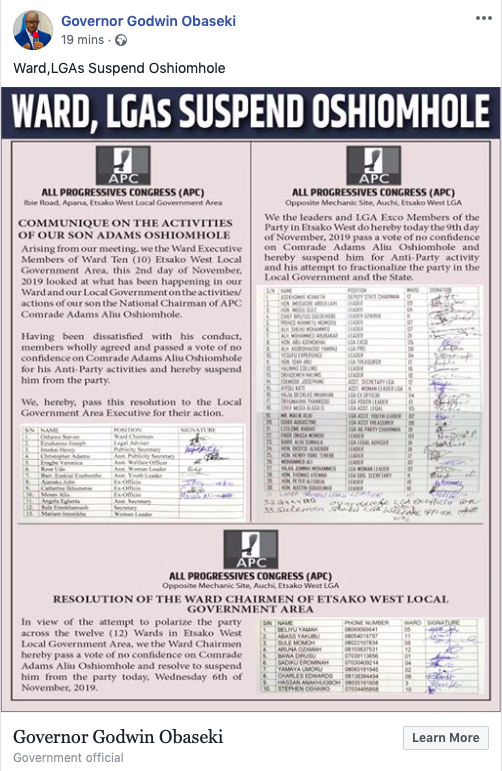 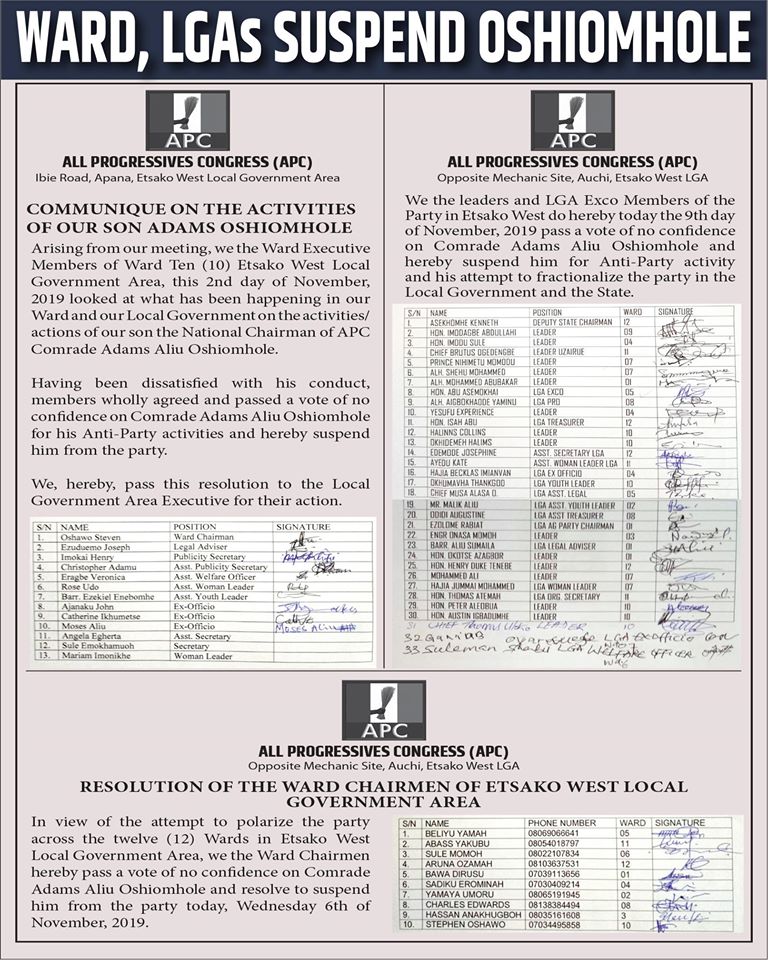