Chief Femi Fani-Kayode, a former minister of aviation has denied reports of his arrest by the Economic and Financial Crimes Commission, EFCC.

On Tuesday, FFK was reportedly arrested by operatives of the anti-graft commission in Lagos on allegations of Fraud and Forgery.

However, in a statement sent to POLITICS NIGERIA on Tuesday night, the fiery politician disclosed that he was never arrested but instead honoured an invitation by the commission.

The statement read; “Just arrived at the George Hotel for dinner. I was never arrested by the EFCC. I was invited & I flew down to Lagos to see them. I arrived in their office at 2.00pm & left at 8.30pm.”

“I was granted bail on self recognition. They were very polite & professional. Thanks be to God.”

Below are photographs of the politician in George Hotel, Lagos tonight; 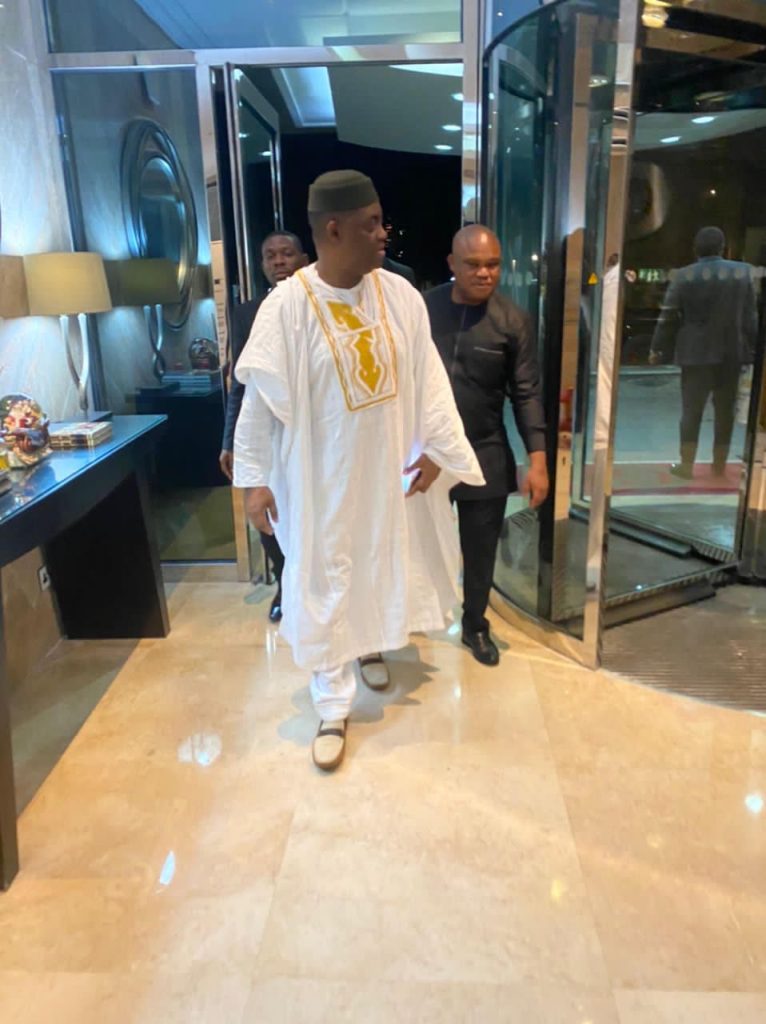