A former National Chairman of the All Progressives Congresses, APC, Mr. Adams Oshiomhole has said that the auto crash involving his convoy was an alleged assassination attempt on his life.

The former Governor of Edo State made the allegation in a statement on Wednesday by his Media Aide,  Mr. Victor Oshioke. Oshiomhole alleged that his convoy was intentionally attacked along Benin-Lagos by-pass on his way to a political rally.

He, however, said he would reach out to the families of the policemen involved in the fatal crash and do everything possible to reduce their grief. 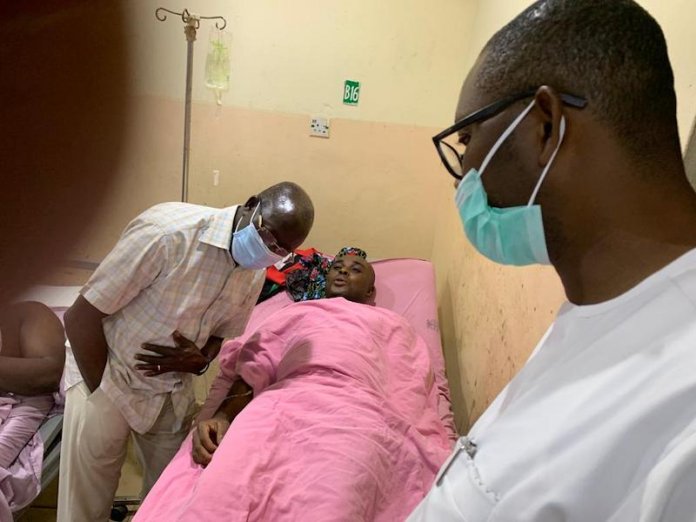 The statement reads: “Some minutes after 12 noon today, Tuesday, September 1, 2020, there was a motor accident involving the convoy of Mr. Adams Oshiomhole, along Benin-Lagos by-pass before Oluku junction.

“The convoy was headed to Usen community in Ovia South-west Local Government Area of Edo State, where Mr. Adams Oshiomhole was expected to appear at a campaign rally alongside Pastor Osagie Ize-Iyamu, the APC governorship candidate in the September 19, 2020 election in the state, when a trailer driving in the same direction veered off its course, hit the back-up Toyota Hilux vehicle carrying seven policemen, forcing it off the road, into the bush and rammed into the Sports Utility vehicle carrying Mr. Oshiomhole, causing substantial damage.

“We are sad to report that two police personnel in the Toyota Hilux truck lost their lives, while two others who are in critical condition are receiving treatment at a hospital in the state.

“Mr. Oshiomhole and other persons in the convoy, apart from those indicated above did not sustain any injury.” 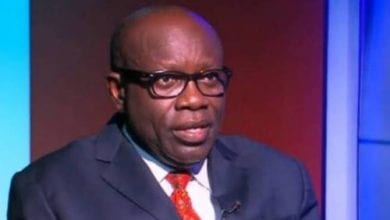 JUST IN: Crisis looms as Senators order State minister of Labour, Keyamo out of meeting