A Popular Nigerian Cross-Dresser and Social Media Personality, Idris Okuneye, popularly known as ‘Bobrisky’ has allegedly been arrested by officers of the Nigerian Police Force.

News about Bobrisky’s arrest filtered in early Friday morning. According to a news outlet, Instablog9ja, Bobrisky was arrested and later brought back to his house to enable officers impound all his vehicles. 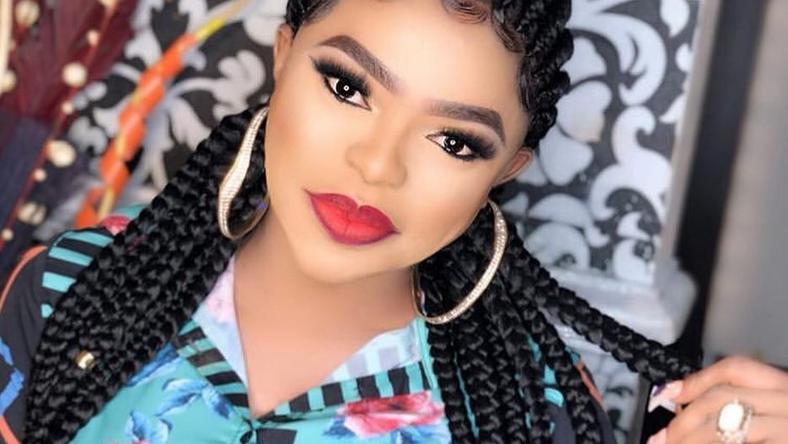 Politics Nigeria was reliably informed that the effeminate internet sensation was arrested at his residence in Bera Estate, Chevron Drive, Lekki Phase 1 on January 23rd. This is not his first run-in with the law as he has been arrested before over his “cross-dressing” activities which has drawn severe criticisms from Authorities.

His birthday ceremony last year was shut-down by Police Officers stationed at the venue. His recent arrest is reportedly connected to his lifestyle as a video published online shows some armed policemen outside his residence. One of the officers was also quoted as saying, “we will turn him back to a guy.”

It will also be recalled that the Director-General of the National Council for Arts and Culture, Otunba Olusegun Runsewe threatened to deal with Okuneye over his antics in 2019. A threat to which Bobrisky replied to, saying that the DG ‘was too small’.

#Bobrisky arrested, cars seized . . Nigerian celebrity cross-dresser, Bobrisky, has been arrested in #LagosState . . He was picked up, last night, at his residence inside Bera Estate, Chevron Drive, #Lekki and whisked away to an unknown destination. . . According to reports, the officers who arrested him, brought him back this morning to move all his cars. . . It was gathered that his arrest is linked to his “cross-dressing” activities, although this hasn’t been verified. One of the officers was also quoted as saying “we will turn him back to a guy.”