Justice Fumnilayo A. Ajayi, the presiding judge, had ordered the Attorney General of the Federation and Minister of Justice, Abubakar Malami (SAN), to disclose records of local and international donations and grants to the Open Government Partnership (OGP) process.

Justice Ajayi made the order following a petition from FoI counsel in Suit No. FHC/B/CS/103/18.

The petitioner had, through its counsel, R.A. Otuakhena, sued the AGF for refusing to disclose the information sought.

The applicant had urged the court to declare that failure of the respondent to release certified true copy of the requested information was unlawful, oppressive and malicious.

The applicant further asked the court to declare that the respondent release information set out in the exhibit Open Government Nigeria (OGN), among others.

Justice Fumnilayo held that the request for information was to make public authority accountable and this could make the public better informed.

She said there was no reason presented by the respondent explaining why the applicant should be denied the information, having followed due process in line with her rights under FoI Act, 2011.

Meanwhile, a sources who pleaded anonymity, said there were indications that thousands of pounds donated by DFID and other donors to OGP, which Ibekaku-Nwagwu coordinated as an aide to the President, might have been expended on her ill-fated senatorial ambition.

The source noted that Malami was miffed that Ibekaku-Nwagwu, SSA to the President on Justice Reforms and Open Government Matters, might have been less than transparent with the monies. 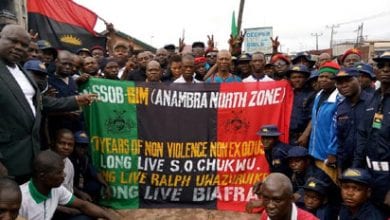 Whatever Success MASSOB Has Achieved is From God – Nwazuruike