A yet-to-be-identified lawmaker threw a microphone at the Minister of state for labour, Festus Keyamo on Tuesday during a senate committee meeting in Abuja on Tuesday.

Keyamo, a Senior Advocate of Nigeria, met with a senate committee to deliver a presentation on a Special public works programme where 774,000 people are to be employed by the federal government under the National Directorate of Employment(NDE).

A fierce exchange of words erupted between committee members and Keyamo over the leadership of the employment exercise. The committee decided to go into a closed-door session to discuss the matter, but the minister refused, insisting that further discussions be held in the presence of journalists.

In the heat of the exchange, a lawmaker picked up a microphone and hurled it towards Keyamo who was seated opposite the committee table. Fortunately, it fell short and landed in front of Keyamo’s table. 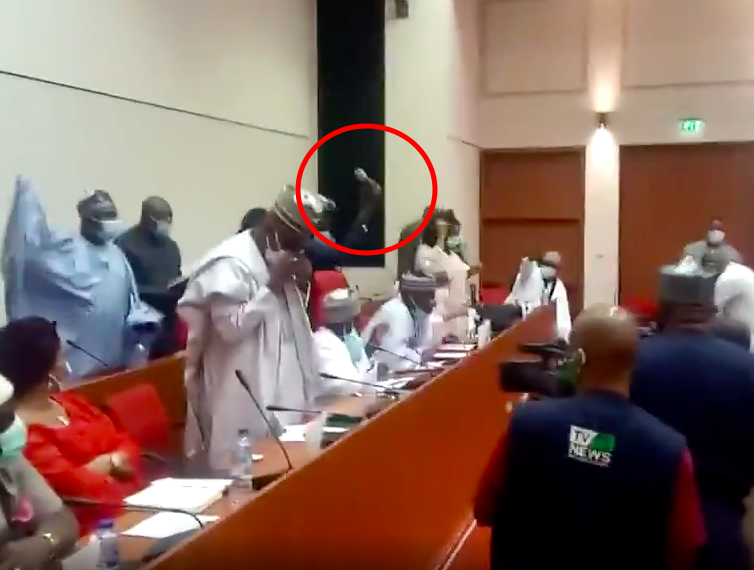 Keyamo has also issued a statement on the incident saying;

“Today, in obedience to their invitation, I appeared before the Joint Committees on Labour of both the Senate and the House. The Distinguished Senators and Honourable Members sought to be briefed on the implementation of the Special Public Works Programme so far.”

“However, there was a misunderstanding between us when they questioned why I did not privately submit the program to them for vetting before taking certain steps. They suggested that they ought to have an input on how the programme should be implemented. In other words, they sought to control the programme as to who gets what, where and how.”

“However, I insisted that I could not surrender the programme to their control since their powers under the constitution does not extend to that. They insisted on a closed-door session.”

“At this point, I remarked that it was only fair for me to respond to their position before the press, since their own position was also made public. In any case, I remarked that the Nigerian people deserve to know the details of the execution of this all-important programme.”

“I was then asked to apologize for insisting on a public interaction and I said there was nothing to apologize about, because their powers to expose corruption provided for in section 88 of the Constitution cannot be exercised in private. As such, there was no need to apologize by insisting on a Constitutional provision. Even their Rules that may provide for private hearings on public matters cannot override the provisions of the Constitution. I was then permitted to leave. I took a bow and left. I NEVER walked out on the respected Committees as they may want to bend the narrative.”

“After I left, I understand that the Joint Committees purportedly suspended the work of the Selection Committees nationwide until they decide how the programme should be run and who should be in those Committees. My opinion is that it is tantamount to challenging the powers of Mr. President.”

“I regret to say that their powers under section 88 of the 1999 Constitution is only limited to investigations, but NOT TO GIVE ANY DIRECTIVE TO THE EXECUTIVE.”

“A Committee or Committees of both Houses do not even have powers to pass binding Resolutions. They can only make recommendations to Plenary. In this case, even Plenary CANNOT give DIRECTIVES to the Executive.” 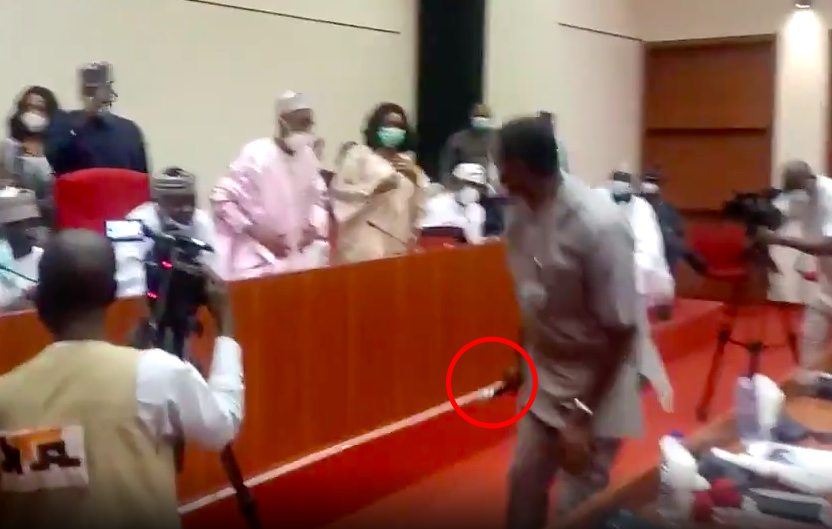 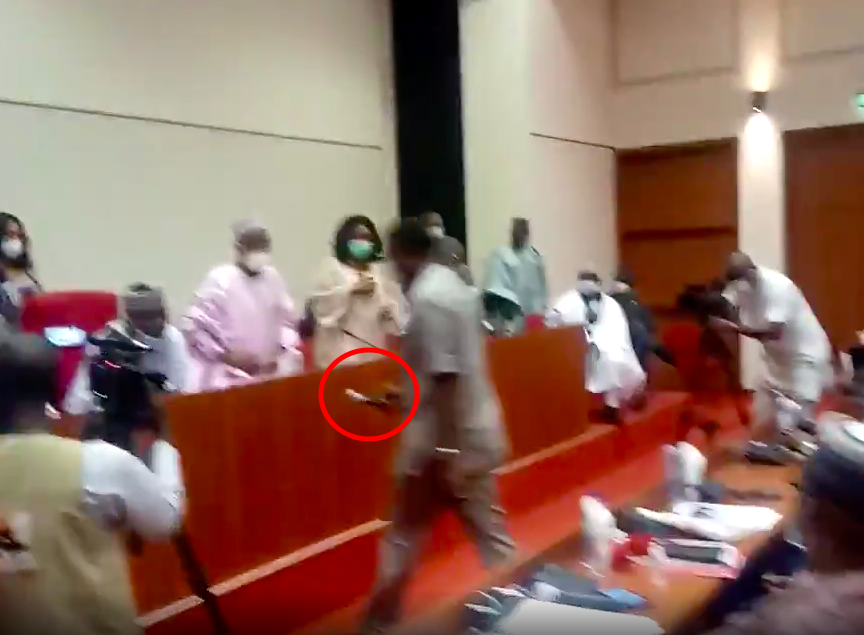 This is the moment an unruly lawmaker threw a microphone at Festus Keyamo, SAN [@fkeyamo].