The mourners who were at the event could be seen not observing social distance, wearing face masks and using hand sanitizers amid the burial rites. The remains of the former lawmaker were buried at his Ijebu-Igbo country home at around 12:55 pm on Sunday.

Many residents described Kashamu as a philanthropist whose contributions to humanity could not be quantified. The entire town wore a mournful look as sympathisers who cut across religious beliefs and political party affiliations thronged his residence.

Part of the crowd that said their goodbye to the politician a tearful farewell was Ogun Governor Dapo Abiodun and some members of his cabinet.

POLITICS NIGERIA reports that Kashamu, aged 62, died on Saturday at a Lagos Hospital due to COVID-19-related complications. 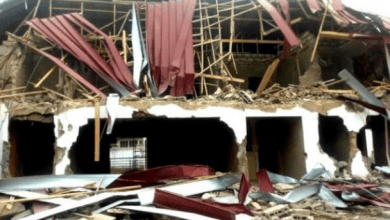 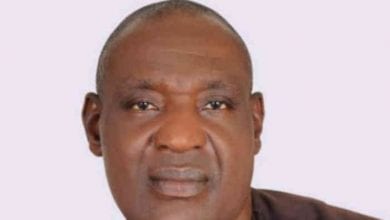 Coronavirus: How we were harassed, detained by police – #RevolutionNow Members