Bello Malami Yarima, a special adviser to Governor Aminu Tambuwal of Sokoto State, has resigned from the Peoples Democratic Party (PDP) to join the main opposition, the All Progressives Congress (APC).

POLITICS NIGERIA reports that Malami was in charge of the Marshall, the state-owned security outfit.

He was officially received into the APC by its leader in the state and lawmaker, representing Sokoto-North Senatorial zone, Aliyu Wamakko, and the Minister of Police Affairs, Muhammad Maigari Dingyadi at the former’s residence at Gawon Nama on Friday.

Malami promised to work towards the success of the party during the forthcoming 2023 elections. 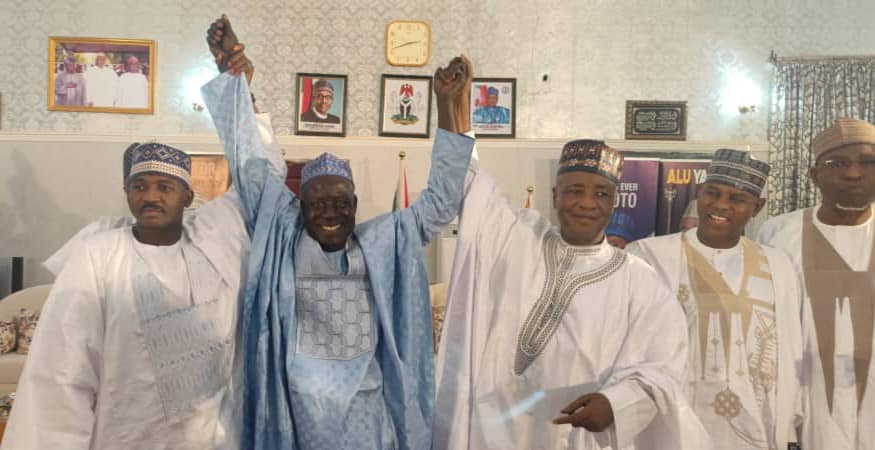 Speaking at the event, Ahmad Aliyu, the APC gubernatorial flag-bearer in the state, said the Special Adviser came back to where he belonged after being “away on sabbatical’.

“You are back to where you will be held in high esteem with honour and respect.

“As you already know in APC, we treat our members equally and with the utmost respect,” Aliyu said.