Jarvis Johnson, a member of the Texas House of Representatives, representing District 139, on Tuesday wrote to the United States (US) government led by President Joe Biden, urging authorities to facilitate the “unconditional release” of Nnamdi Kanu, the detained British-Nigerian leader of the banned Indigenous People of Biafra (IPOB).

He also accused the Nigerian government of failing to comply with legal mandates. 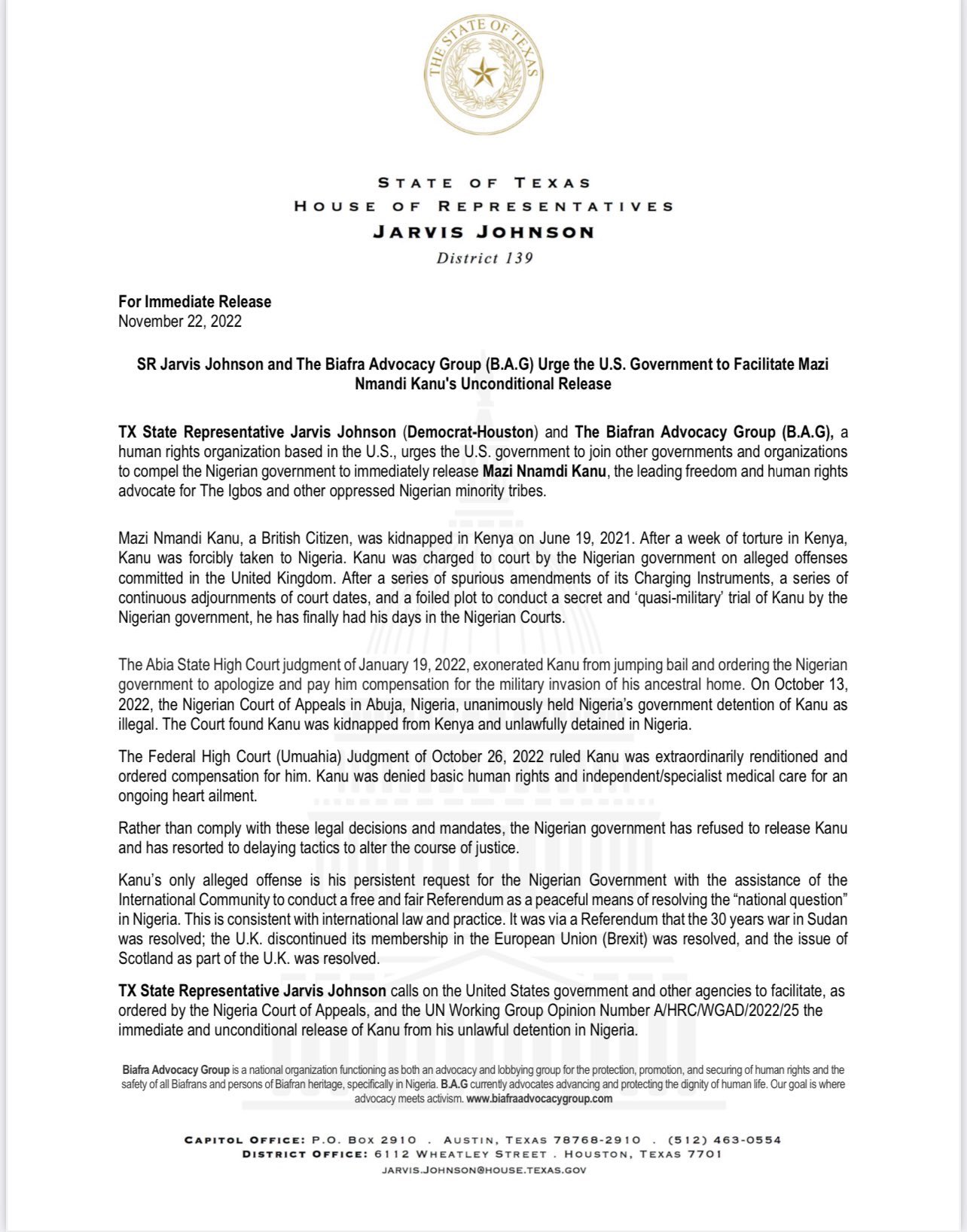 “Kanu’s only offence is his persistent for the Nigerian government with the assistance of the international community to conduct a free and fair referendum as a peaceful means of resolving the “national question” in Nigeria,” the letter partly reads.