The Lagos state government has denied claims in the media alleging it has approved the housing development along the Magodo Greenbelt area of the state.

A statement issued by the Commissioner for Physical Planning and Urban Development, Dr. Idris Salako, on Thursday, noted that the government did not approve such development and would never approve same as it is in outright contravention of the State planning laws.

His words: “For the benefit of setting the records straight, the general public is hereby informed that neither the Ministry nor any of her agencies received or granted a permit for any housing development in the Greenbelt Area of Magodo”.

“The Ministry could not have approved such housing development as, doing so would be tantamount to outright contravention of the State Planning and Development Control Laws, which are the principles and major instruments for bestowing a balanced and sustainable environment”, he added.

While describing any claim linking the Ministry to the illegal development as false and unsubstantiated, the Commissioner maintained that the Ministry would continue to implement the State’s Policy of Zero Tolerance to all illegal physical developments, including the encroachment of the Sensitive Ecological Greenbelts, in order to preserve and guide against the misuse or abuse of all Greenbelts, Gorges, Water bodies, Wetlands and other vulnerable natural landscapes in every part of the State.

Salako assured that the Ministry would continue to be at the forefront of efforts to attain an orderly, organised and livable environment by applying State Policies and Operative Development Plans, especially at this period of global environmental challenges.

He, therefore, urged anyone with contrary information to approach the Lagos State Physical Planning and Building Control Appeals Committee which, he said, is open to receiving public complaints on infractions relating to the built environment. 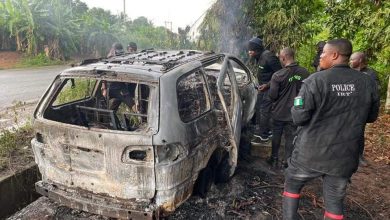