Nigeria’s Minister of Information and Culture, Lai Mohammed has been honoured with the title of Kakakin Kebbi, by the Emir of Argungu, Alh Sumaila Mera.

The turbaning which took place at the forecourt of the Palace of the Emir in Argungu town, Kebbi State was on the sideline of the 2021 World Tourism Day to be celebrated in Birnin-Kebbi on Monday.

Speaking at the event, the Emir said the title was conferred on the minister because of his “courage and strength of character in projecting the image of Nigeria locally and internationally”.

Specifically, the Emir said the emirate honoured the minister with the title as a show of appreciation for his effort in promoting the Argungu Fishing and Cultural Festival to attain international status.

The annual festival which attracts local and international participants and tourists was in 2017 listed by UNESCO as Intangible Cultural Heritage of Humanity. The Emir also commended past Ministers of Culture and Tourism for their efforts in promoting the festival nationally since 1970.

“Traditionally, Kakakin is an instrument which attracts attention. From the authority of the Emir and the entire people of the emirate, it has now been handed over to the recipient. 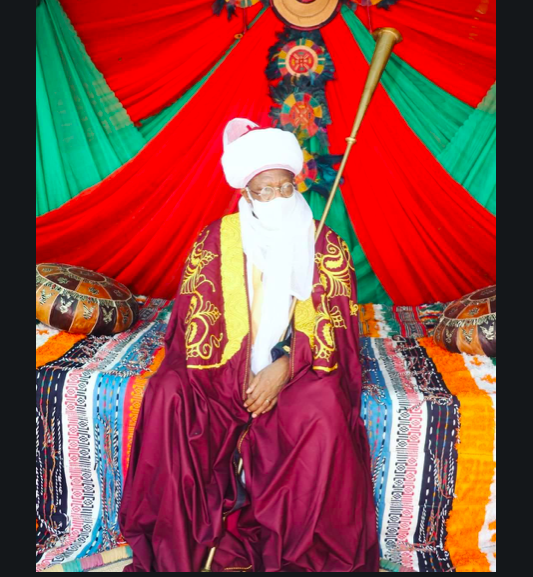 “The bearer of the instrument is the trumpet of the Argungu Emirate and he will be traditionally referred to as Kakakin.”

“This gesture will be permanently recorded in the annal of our history that the minister is the Kakakin Kebbi.
“On behalf of the entire people of the emirate, I welcome you most warmly and I want to assure you that we will involve you in all matters of importance in the emirate,” he said.

The traditional rulers charged the minister to reciprocate the gesture by continuing to promote the cultural heritage of Kebbi and Argungu emirate in particular. He assured that the emirate and the country at large would benefit from the wealth of experience of the minister. The minister thanked the Emir and the entire people of the emirate for their affection and generosity in bestowing the honour and title of Kakakin Kebbi on him.

“As the cultural ambassador of Kebbi, I will endeavour that we develop all the festivals in the four emirates in the state in a manner that they will be globally recognised.”

“I will also work assiduously to ensure these festivals become magnet to unite Nigeria and make the state a global tourist destination,” he said.

The minister said the choice of Kebbi for the 2021 celebration of the World Tourism Day was not just by coincidence but well planned and thought out. According to him, Kebbi state is one of the frontline cultural and tourism destinations and all the four emirates in the state have sellable cultural heritages.

“The Argungu fishing and cultural festival is known not just in Nigeria but all over the world and I am proud to say that it is one of the five festivals that have been ascribed intangible heritage of UNESCO.”

“The festival should not be seen from the view point of fishing and entertainment alone. rather it should be seen as a symbol of unity,” he said.

Mohammed said the Hottungo festival in Gwandu emirate of Kebbi is celebrated annually by the Fulani tribe to thank Allah for the safe return of their cattle. He said the Regatta Carnival, celebrated in Yauri Emirate of Kebbi started way back as a measure for protecting bridal trains which were being attacked on the river in those days.

The minister said the Uhola festival in Zuru Emirate is celebrated annually at the end of harvest to thank God for bountiful agricultural produce.

“I am glad that a lot of these cultural practices have been largely modernised.

“In particular is the practice where a prospective bridegroom have to stay seven years in the farm of a father in-law before he can be given his bride,” he said.

The minister said Nigerians are people with history and past and all their festivals are element for unity and oneness. He appealed to the private sector to invest in culture and festivals, stressing that they were the heritage that would be handed over to the children unborn.

The highlights of the event included the hiding of the minister from the crowd shortly after his arrival at the palace with his entourage.

He was later brought out by the Galadima Argungu, Alhaji Murtala Umary who offered prayers and led the minister to a prepared mat on a platform where he sat with Ulamas.

While sitting on the mat, the minister was adorned with his traditional regalia comprising a long red royal cap, a big gown, another chieftancy long gown and turban on his head.While the decoration was going on, the citation of the minister was read and he was later lifted up by the Galadima who presented him to the Emir.

The Emir offered the minister with his instruments of office, a long trumpet and another short one which he said symbolised what he would use in projecting the virtue, culture and traditions of Argungu and Kebbi.