The Minister of Information and Culture, Lai Mohammed, has condemned Obianuju Catherine Udeh, popularly known as DJ Switch, for live-streaming the Lekki shootings on October 20, 2020.

Speaking at a press conference in Abuja on Thursday, Mohammed said the DJ alongside other celebrities would soon be exposed for spreading falsehood. He said contrary to DJ Switch’s claims, not a single body has been produced.

Mohammed lamented that DJ Switch and other celebrities used social media to circulate fake news during the #EndSARS crisis, which led to widespread violence, looting, and destruction of private and public properties.

He, however, denied reports that DJ Switch’s life is in danger, refuting claims that she left the country over threats to her life. Mohammed said the police and military never declared her wanted for circulating fake news about the Lekki incident.

The minister opined that she may be acting out a script written by other people, noting that the government will not fold its arms and allow the trend to continue.

He, however, appealed to countries that have made faulty judgements on the #EndSARS crisis to endeavour to seek and find the truth. 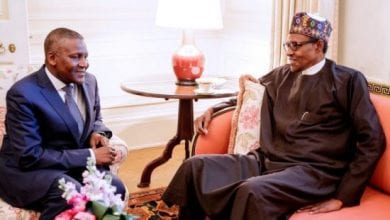