Former Governor of Ekiti state, Ayodele Fayose has criticised President Muhammadu over the recent killings of #EndSARS Protesters in Lagos.

On Tuesday, Security Operatives deployed to the Lekki Toll gate to quell agitations opened fire on the unarmed protesters killing several. The development has generated an outrage with many calling for the resignation of President Muhammadu Buhari.

Fayose, in his reaction via social media, described Buhari as a ‘clueless leader who only cares for himself’.

“My heart is heavy. Like every other concerned Nigerians, I’m worried. I’m sad that soldiers were sent to shoot at our youths, who were only expressing their anger against the system. I sympathize with families of those who lost their lives and pray that God will heal the injured”

“However, the sad reality we must face now is that the current situation in our nation is as result of allowing a clearly incompetent man to ascend to the highest office in the land. I saw all these coming and I warned Nigerians. You can’t wear a white robe on a pig.”

“Life does not matter to a clueless leader whose only fulfilment is that he is called Mr President. He cares about no one except himself. That’s why up till now, the President and Commander-in-Chief of the Federal Republic of Nigeria has not said a word. Sad!”

“Nigerian soldiers could not combat Boko Haram, Armed Bandits, Kidnappers and killer herdsmen but can kill innocent young protesters. This is simply a function of bad leadership in our country. Shame on them and their commanders.” he wrote. 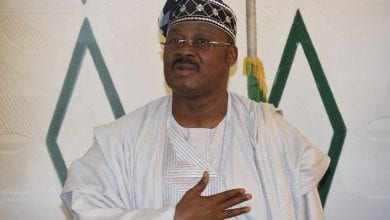 What APC Govs Said About Tinubu On 68th Birthday