Footage of a woman massively ‘rigging’ votes at a polling unit during the Lagos LG elections today has gone viral on Social media.

According to Cable, the yet-to-be identified woman is seen thumb-printing several ballot papers in favour of the All Progressives Congress, APC during the exercise earlier today.

JUST IN: Why I reshuffled my Cabinet – Fayemi 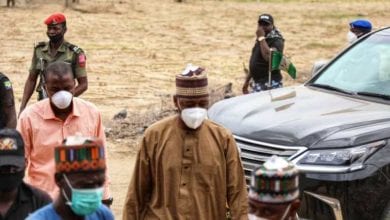