The Ministry of Humanitarian Affairs, Disaster Management and Social Development on Wednesday said it has no official engagement with embattled Nigerian singer, Oladapo Daniel Oyebanji, popularly known as D’Banj.

POLITICS NIGERIA reports that D’Banj is accused of fraudulently diverting some funds earmarked by the federal government’s N-Power scheme, alongside several collaborators. 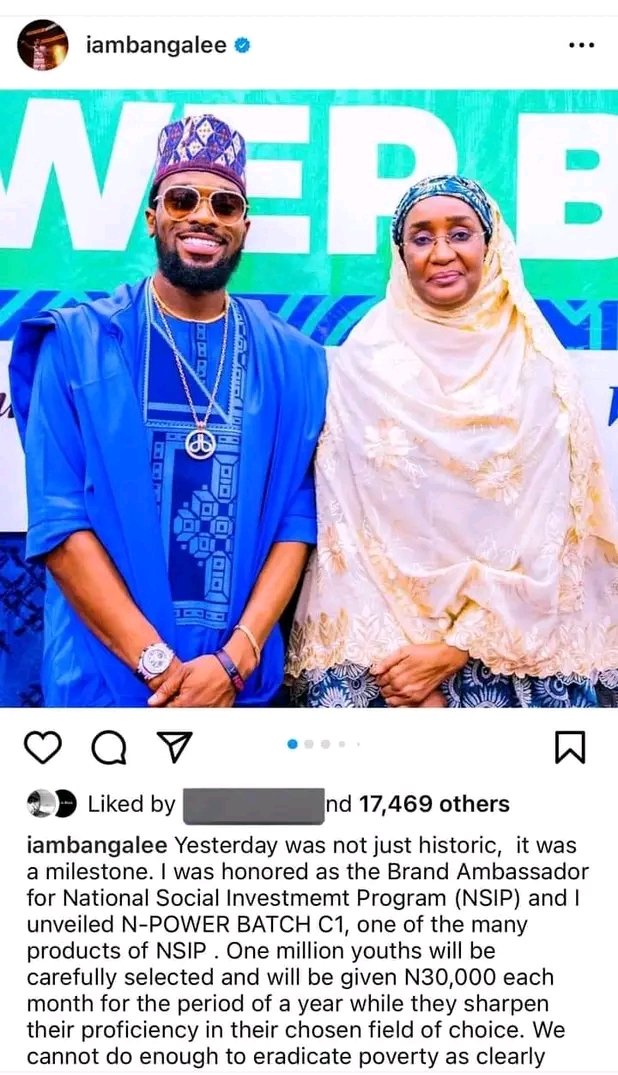 The 42-year-old who is the Brand Ambassador of the National Social Investment Programmes (NSIPs) is presently in the custody of the Independent Corrupt Practices Commission (ICPC) in Abuja. 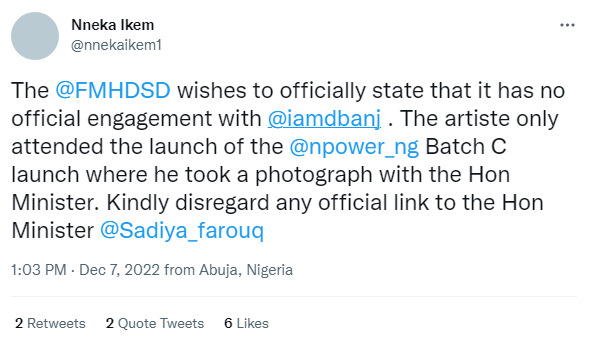 “The @FMHDSD wishes to officially state that it has no official engagement with @iamdbanj.

“The artiste only attended the launch of the @npower_ng Batch C launch where he took a photograph with the Hon Minister (Sadiya Farouq).

“Kindly disregard any official link to the Hon Minister @Sadiya_farouq,” Nneka Ikem Anibeze, the Special Assistant on Media and Publicity to Farouq, said in a statement.

Meanwhile, the ICPC said D’Banj “is currently assisting the investigators to unravel the circumstances of the fraud allegations by the petitioners”.