The Traditional ruler of Seimbiri Kingdom in Delta state, His Majesty (Dr.) Charles Ayemi-Botu has advised the Minister for Niger Delta Affairs, Senator Godswill Akpabio, to resign over alleged misappropriation of funds in the Niger Delta Development Commission (NDDC).

The monarch, who is a former national chairman of the Traditional Rulers of Oil Minerals Producing Communities of Nigeria, (TROMPCON), at a media conference in Warri, described the continuous stay of the minister in the Federal Executive Council as a “smear” on the anti-graft war by President Muhammadu Buhari.

“This is a clarion call to President Buhari to sack the Minister for Niger Delta Affairs, without further delay in order to forestall the impending, looming crisis that may worsen the already downtrodden economy of the country, so as to avoid total collapse.”

“He has either by commission or omission tarnished the good image of the Federal Executive Council (FEC) as a serving minister and smeared the President, who is championing the anti-graft crusade in Africa.”

“We passionately appeal to our dear son to follow the path of hon our and resign honorably, than to be booted out by our no nonsense President,” the traditional ruler stated. 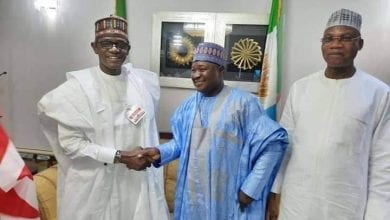