Militants in Niger Delta have supported the Minister of Niger Delta Affairs, Senator Godswill Akpabio and the Interim Management Committee (IMC) of the Niger Delta Development Commission, NDDC, over the ongoing forensic audit of the commission.

The militants under the auspices of Joint Revolutionary Council, JRC, made this known in a statement released by its Spokesperson, Cynthia Whyte, on Monday. The group also condemned the National Assembly over the investigation into allegations of financial mismanagement against the minister and the management of the agency.

The militants alleged that the lawmakers are after Akpabio because he refused lawmakers from continuing their plundering of the funds allocated to the commission.

The statement reads: “On the matter of the revelations at NDDC, we all know that if the Minister and the Interim Management Committee had agreed to a deal with the National Assembly, like has been the case in the past two decades, we would not have heard the things we have been treated to in the past few months.

“Nothing will change at NDDC if the attitude of the National Assembly towards NDDC is not re-worked, re-calibrated and re-jigged.

“If it will take an Akpabio to change that, then fine. Akpabio understands infrastructure development. Apart from King Alfred Diete Spiff, no other governor in the Niger Delta has met or matched the measure of Infrastructural development that Akpabio brought to Akwa Ibom State.

“That is without question. We will like to see that kind of infrastructure deployed across the Niger Delta.

“In the years to come, he will be called to give an account of his stewardship at the Ministry of Niger Delta and NDDC.”

The statement added: “A forensic audit of NDDC is long overdue. It represents the kind of effort that a Buhari Administration should expend energy on.

“If Buhari has lost the nerve to punish all those who raided and looted NDDC, he should at least help us officially expose them. “So we are 100 percent behind a forensic audit. Even if it just ends up being a media fanfare, as we are now witnessing. We want the forensic audit to continue.

“We are also 100 percent behind Minister Godswill Akpabio. We commend his initiative for a forensic audit. In return, we demand a timed completion of the East-West Road. With the same manner and quality that he delivered roads in Akwa Ibom state. It may be the only legacy that the Buhari administration will leave for the Niger Delta.” 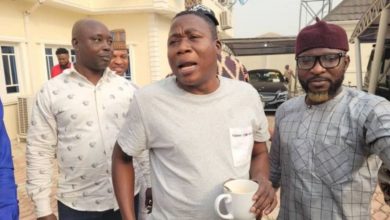 JUST IN: “Igboho has burnt down a Fulani Community in Ogun” – Miyetti Allah [PHOTOS] 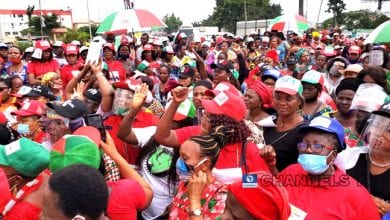