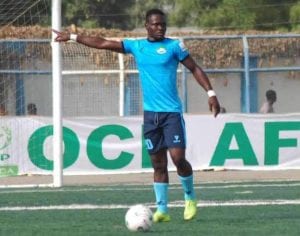 The Nigeria Football Federation has suspended the on going premier league following the death of Chieme Martins, a former player of Nasarawa United who died on pitch last weekend.

The NFF in a post made available on its official twitter handle said it reached the decision in conjunction with the Ministry of Sports.

“As an immediate first step, the NFF has directed that no further match be played except there is a full complement of the medical equipment and personnel as provided in the NFF Club Licensing Regulations.”

The federation also charged all match commissioners and the host FA to ensure inspection of all the facilities including carrying out test runs before giving go-ahead for any match to be played.

Late Matins died on Sunday in a NPFL match after the ambulance bus refuses to work amid collapse of the player.

An autopsy for the cause of his death is said to be in talks.