Top leaders of the Niger Delta Region on Wednesday reached a consensus on how to consolidate the unity and political stability of the region.

‘Mr. President, Nations are built when existing laws are implemented in its entirety. As you apply the Law and zero on Delta State for the appointment of the Chairman and Managing Director, we plead with you to pick men or women who would further your Next Agenda, serve the interest of the country and the aspirations of the Niger Delta people’.

In a letter to President Buhari, the leaders said there were no doubts as to whether Delta State would produce the Chairman and Managing Director of the intervention agency.

‘The ranking of the highest producing states is not in doubt and the state whose turn it is to be appointed the Managing Director of the next board for which Delta State comes top on all fronts and consideration knowing that Bayelsa State, Rivers State, and Akwa – Ibom State have completed their terms in successive ranking order’.

Entitled “Letter establishing the fact on which state should produce the next Chairman and Managing Director of the Niger Delta Development Commission (NDDC)”, the leaders said the letter was not to create controversy but to forestall such or any controversy due to the peculiarity of the circumstance created by the Law or Act.

‘Your Excellency, your stance on the Rule of Law and love for fairness and justice no matter the opinion of a few dissenting voices necessitated this letter of great importance from the people of Delta State and the Niger Delta at large. We were never in doubt as to where the pendulum would swing to, having seen the sincerity of your administration in fixing the problems inherited by your Government’.

Signed by the Convener, Enlightened Delta Forum, Bestman Odibo and Publicity Secretary, Christopher Orushani, the leaders urged President Buhari to consider fairness and justice in constituting the next board of the Niger Delta Development Commission (NDDC).

‘For the first time, Your Excellency, a peculiar but interesting and lawful scenario backed by the act establishing the NDDC Board on the next Chairman of the board which is rotated amongst member states in alphabetic order as stated in the Act establishing the board and also the Managing Director (MD) position which is appointed and rotated based on the “highest” quantum of oil produced amongst the states emanating from one state. In applying the law that supports quantum as the basis for succession, Delta State falls next in line after Akwa – Ibom’.

They stressed that the scenario would not start and end with Delta State as the First beneficiary of this unique position of the Law but that other states would experience same in future rotation.

‘Your Excellency, we are glad to point to you the convergence of the positions of the Chairman and the Managing Director to Delta State though the first of its kind but a true reflection of the position of the Act establishing the Board of the NDDC’ the leaders added. 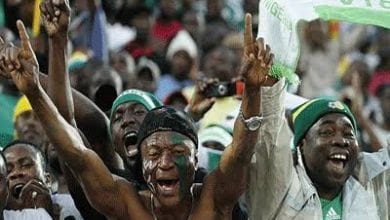 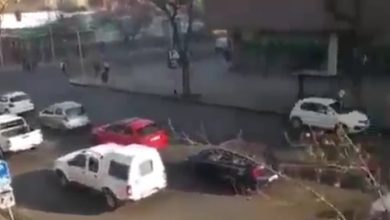