The Nigerian customs has intercepted a Dubai-bound traveller after 2,886 Automated Teller Machine(ATM) cards were found in his possession.

The suspect was nabbed at the Murtala Muhammed International Airport, Lagos. Speaking on the development, the Deputy Controller of MMIA, Abdulmumin Bako, in a statement to the Press disclosed that four Subscriber Identification Module (SIM) cards were also found on the suspect. 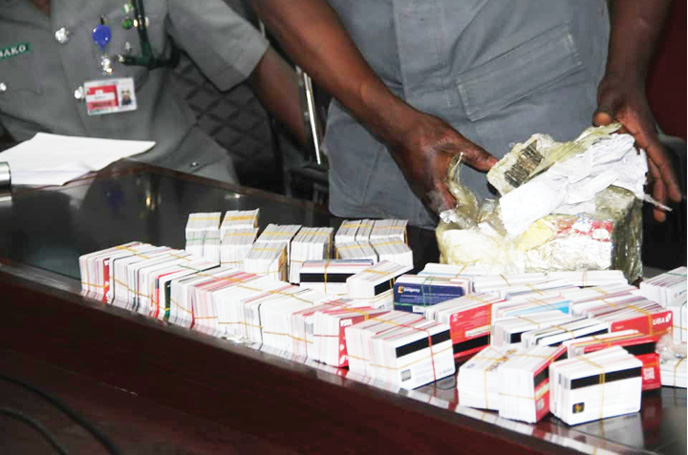 The suspects identified as lshaq Abubakar Abubakar, was travelling with passport number A08333717 from Kano State.

“At about 1145 hours on August 22, at the departure hall gate ’B’ of the MMIA, Abubakar with Passport Number A08333717 from Kano State travelling to Dubai via Emirates flight was intercepted with 2,863 ATM cards and four SIM cards by our officers on duty. The ATM cards and SIM cards were carefully concealed in noodles carton by the suspect.”

Bako revealed that the suspect and the exhibits will be handed over to the Economic and Financial Crimes Commission, EFCC for further investigation as directed by the Comptroller General of Customs.

Bako pointed out that the suspect claimed that he was due for evacuation and had bought an evacuation flight ticket for his use.

DISCLAIMER: DSS is not Recruiting, warns public against Scammers 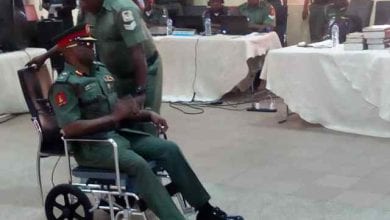